China's securities regulator has accepted the application of Standard Chartered Hong Kong, the Hong Kong arm of the UK-headquartered bank, for a brokerage license from the mainland authorities, according to a statement released by the China Securities Regulatory Commission (CSRC). 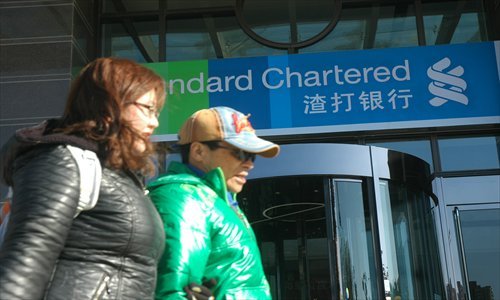 The bank plans to set up a brokage in the mainland temporarily named "Standard Chartered (China) Co".

Standard Chartered has been actively expanding the scope of its financial business in the mainland over recent years, particularly after the Chinese government scrapped foreign ownership limits on securities firms and mutual funds for foreign investors in 2020 as a part of the Sino-US phase one trade deal.

Previously in 2018, the bank had already obtained a license for domestic fund custody, the first overseas bank to be granted such authority. The license allows them to provide custody-related services to investment products offered by domestic funds and asset managers in China.

Standard Chartered Hong Kong's application for a brokerage license comes at a time when overseas financial institutions are racing to enter China's securities sectors as the country implements new rules aimed at opening up its financial sector.