The fever seen in the STAR Market during its debut last week started to cool down on Monday with the return of daily price change limits. 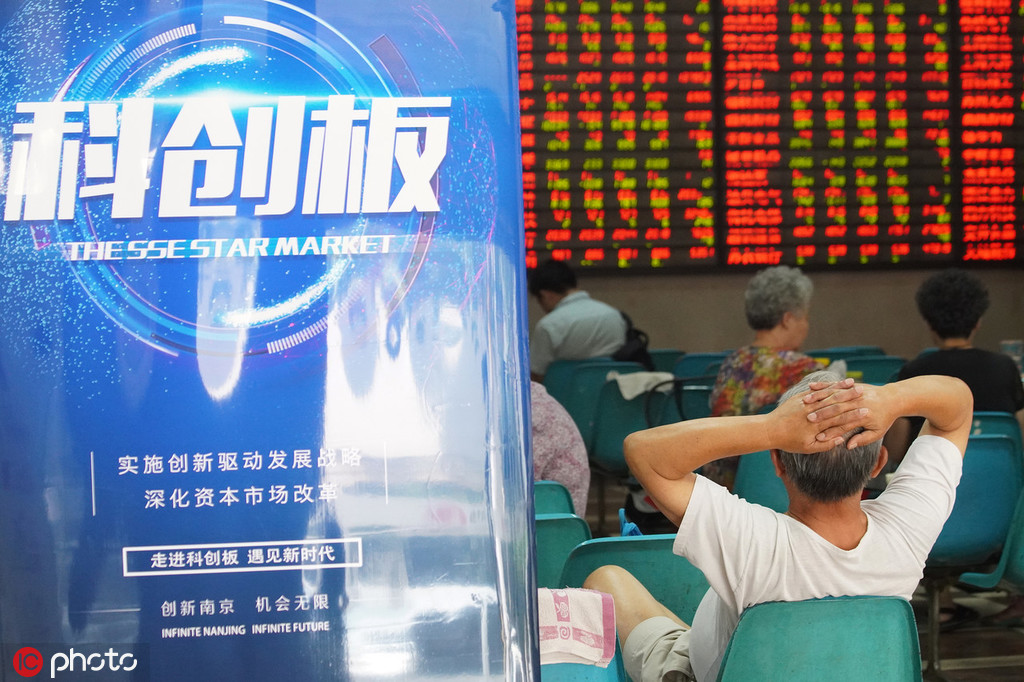 According to the trading rules set by the China Securities Regulatory Commission and the Shanghai Stock Exchange, no price change limits were set for the new tech board during its first trading week which started on July 22. Starting from Monday, the daily price change limit was 20 percent, which is still higher than the 10 percent limit of the A-share market's other boards.

Based on the new trading rules, Beijing Worldia Diamond Tools saw its price increase touch the 20 percent ceiling on Monday to close at 88.68 yuan ($12.9) per share. All the other 24 companies saw price gains on Monday.

The first batch of 25 companies listed on the new tech board saw their prices surge by more than 140 percent after the first trading week. Shanghai-based integrated circuit maker Anji Microelectronics even reported a 400 percent jump－the highest on the board－on the first trading day.

But analysts from China Securities said that as the price change limit comes into effect, investment in the STAR Market will become more rational and the turnover rate will further contract. The performance of companies will differ greatly based on their business, operations and market recognition.

Analysts from GF Securities wrote in a note that the STAR Market did not draw significant liquidity from the other boards during its first week of trading. On the contrary, the impressive trading results on the new board boosted the trading volume of the overall market.

Looking forward, the price fluctuations of STAR Market listed companies will start to contract. Their performance will be polarized in the next weeks, according to the note.

From the mid-to long-term perspective, the STAR Market will result in the rebound of investors' risk appetite, said Chu Zhipeng, an analyst of the secondary market research at Shanghai-based financial service provider Noah Holdings Ltd. This will in turn elevate the valuation of the main board of the A-share market.

The corresponding pickup in the ChiNext in Shenzhen trading house will be more evident, said Chu. Such a conclusion is based on the stronger performance of the SME Board three months after the ChiNext was launched in 2009.

"The innovations that the new tech board has ushered in concerning issuing, trading, delisting information disclosure will be an important example to refer to when China carries out its capital market reform. If the registration-based IPO mechanism can be applied to the other existing boards, the valuation of A-share market will be further boosted," he said.