BUSINESS STAR Market hoping to pick up steam this year

STAR Market hoping to pick up steam this year 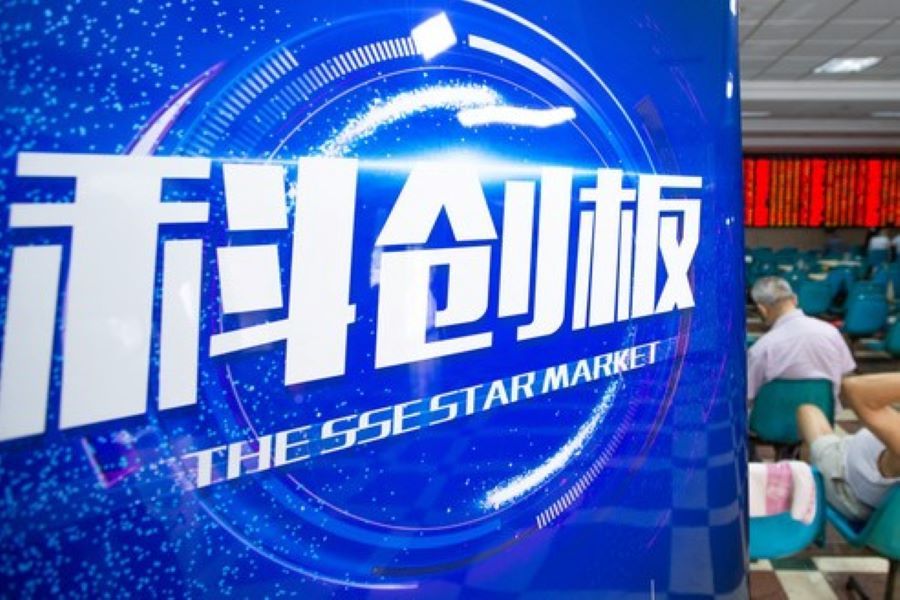 According to Shanghai-based market tracker Wind Info, total IPO financing of the 105 companies currently traded on the STAR Market board amounted to over 122.5 billion yuan. [Photo/Sipa]

Cao Amin, a member of the 13th CPPCC National Committee and deputy head of the Shanghai Academy of Science and Technology, said the STAR Market still lacks a diversity of industries. While telecommunication and manufacturing make up the majority of the currently listed companies, the technology-heavy board should strive to include more industries and sectors. Companies with innovative business models should also be considered so that finance and technology can be integrated, he said.

Xiaomi CEO Lei Jun, who is also a deputy to the 13th NPC, suggested that privately-run commercial aerospace companies seek to list on the STAR Market. This will help build a complete industrial chain for the emerging industry.

"As an emerging industry, the commercial aerospace industry can lead the development of many technologies and help with the quality development of the country's economy. But satellite manufacturing, satellite launching, the construction of ground units and many parts of the commercial aerospace industrial chain all incur large amounts of long-term investment," Lei said.

"While we have seen a growing number of players in the Chinese market at present, they are all small-sized, but attach great importance to research and development. It is with government guidance and adequate capital input that the commercial aerospace industry should seek sustained development," he said.

According to Shanghai-based market tracker Wind Info, total IPO financing of the 105 companies currently traded on the STAR Market board amounted to over 122.5 billion yuan. China Railway Signal & Communication Corp attracted more than 10.5 billion yuan for its IPO last July, which is the largest amount of financing recorded on the STAR Market to date.

Over time, the Nasdaq-like board has also attracted industry leaders such as Beijing Kingsoft Office Software Inc, Shenzhen Chipscreen Biosciences Co Ltd and AI technology leader Montage Technology Co Ltd. Multinational professional services provider Deloitte forecast in an April report that there will be 120 to 150 additional companies listed on the STAR Market this year, with the total financing ranging from 130 billion yuan to 160 billion yuan.

To further attract global industry leaders and more capital inflow, innovations should be made so that big names such as Huawei and Comac can list part of their core operations on the STAR Market, said Fan Yun, a deputy to the 13th NPC and vice-chairman of the Shanghai Federation of Industry and Commerce.

Therefore, she suggested that a special team be set up under the State Council, China's Cabinet, to coordinate different departments and push forward IPOs of large technology companies on the STAR Market.

In addition, eligible domestic and foreign technology companies should be welcomed on the STAR Market. Companies with new business models should also be welcomed, she said.

The United States Senate recently passed the Holding Foreign Companies Accountable Act. The legislation requires US-listed foreign companies to open their books to the Public Company Accounting Oversight Board－the organization that oversees the audits of US-based public companies. Companies that are unable to meet this requirement for three consecutive years would be barred from US stock exchanges. Foreign companies also are required to certify that they are not owned or controlled by a foreign government, according to the bill.

However, cross-border securities supervision and inspection of Chinese companies should be carried out by the CSRC based on Chinese laws and regulations. In this sense, the US bill is in contrast to Chinese laws, said Dong Dengxin, director of the Finance and Securities Institute at Wuhan University of Science and Technology. Some Chinese companies may have to exit the US stock market given this development, Dong said.

Robin Li, chairman and CEO of Nasdaq-listed Baidu Inc, told China Daily on May 28 that the company is discussing re-listing in other areas, including Hong Kong.

"As an innovative platform shouldering the country's national strategies, the STAR Market is ready to embrace the return of quality Chinese companies," said Xie of the Shanghai Municipal Financial Regulatory Bureau. 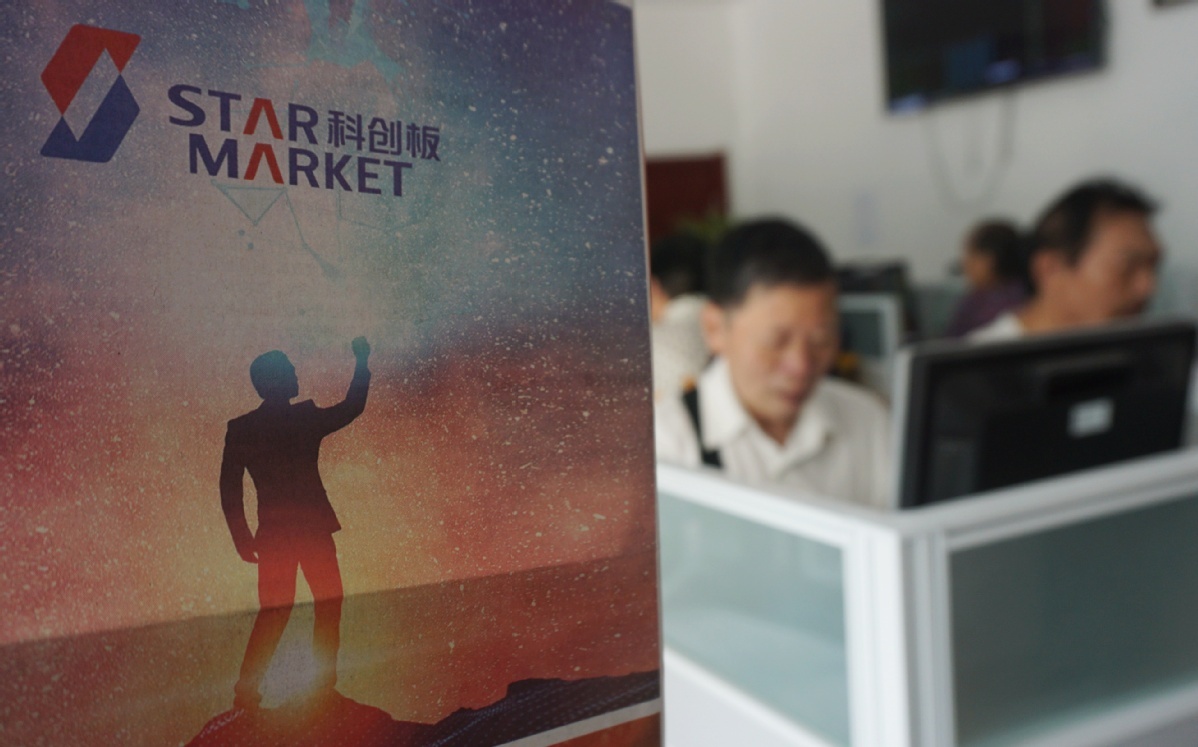 The technology-heavy STAR Market board will likely see more reforms in order to truly grow into the top listing platform for companies and a key part of the country's capital market reform, said experts.

Xie Dong, a member of the 13th Chinese People's Political Consultative Conference National Committee and head of the Shanghai Municipal Financial Regulatory Bureau, said the market has been proven to be a reliable test of China's deepened capital market reforms ever since the first companies started trading on the board last summer. But key reforms should be carried out unswervingly to make the board more competitive globally, Xie said.

"Rules for preferred stocks and variable interest entities should be further specified so that companies can have stable expectations of market performance once listed," she added.

In addition, a STAR Market index should be introduced as soon as possible, she said, adding that hopefully the proposed STAR Market index can be included into major global indexes such as the MSCI index, which will translate into overseas capital inflows into the technology-heavy board over the long run.

Zhu Jiandi, a deputy to the 13th National People's Congress and chairman of BDO China Shu Lun Pan Certified Public Accounts LLP, recommended the introduction of a detailed management regulation overseeing the registration mechanism, which would allow the responsibilities of the Shanghai bourse and the CSRC to be more clearly defined and IPOs to proceed more efficiently.

Given the recently disclosed accounting scandals of some offshore-listed Chinese companies, Zhu said that the supervisory mechanism of the STAR Market should be further improved so that companies will be more aware of the high costs of unlawful acts.

In this sense, the delisting process will also be improved, which will result in more delisting cases, he said. Meanwhile, a credit track record should be kept for intermediary institutions such as sponsors, accounting firms and law firms to create a better overall business environment, Zhu added.

Wang Jianjun, another deputy to the 13th NPC and chairman of the Shenzhen Stock Exchange, said: "Strict supervision of－and punishment for－fraudulent practices are crucial to the registration-based IPO mechanism to ensure that reforms in Chinese capital markets are carried out smoothly."

The first 25 companies started trading on the Nasdaq-style board on July 29. Currently, there are 105 companies listed on the board. Annual reports showed that these companies realized combined revenue of 147.12 billion yuan ($20.6 billion) in their first year on the board, up 14 percent year-on-year, according to the Shanghai Stock Exchange.

Unlike other boards covering the A-share market, the 44-percent share price fluctuation limit has been eliminated for STAR Market listed companies on their first day of trading. There is no price fluctuation limit set for companies listed on the board for the first five trading days. After that, the daily share price change limit is set at 20 percent, while companies listed on other boards in China will face trading halts if share prices move up or down 10 percent in a single trading day.

Given the relatively higher volatility and uncertainty of STAR Market-listed companies, He Qiang, a member of the 13th CPPCC National Committee and professor at Central University of Finance and Economics, suggested the introduction of T+0 settlement. Market liquidity and pricing efficiency will be largely enhanced in this way, he said.

CSRC Chairman Yi Huiman said in February last year that one of the major purposes of launching the STAR Market is to build closer ties between the capital market and the real economy. In this sense, the board should attract more companies with core technologies, industry-leading positions and positive outlooks.

Among the current 105 STAR Market-listed companies, 24 are computer and communication equipment makers, 22 are special equipment manufacturers, 19 are software and information technology service providers and 14 are pharmaceutical companies.