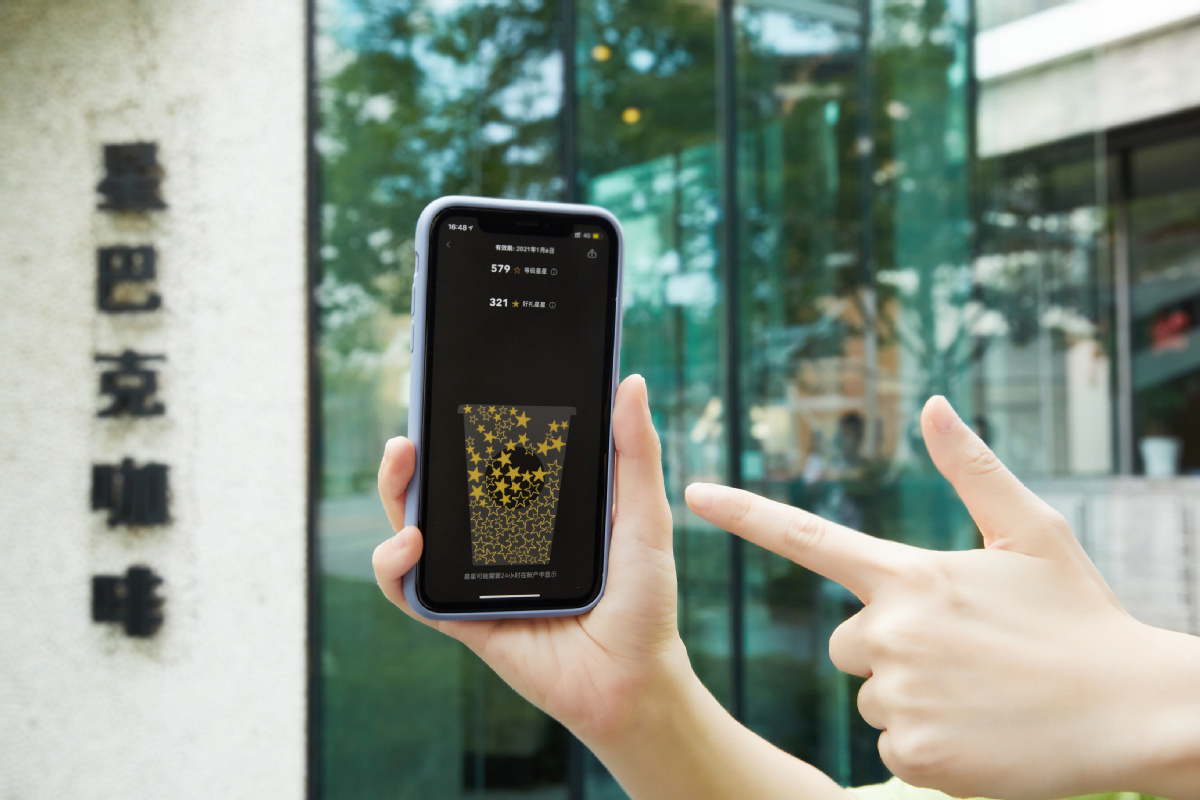 A smartphone showing a Starbucks e-membership screen is seen outside a Starbucks store. (Photo:chinadaily.com.cn)

Starbucks China is opening 600 new stores this fiscal year, staying on track to reach its goal to have 6,000 stores across 230 cities in the country by the end of fiscal year 2022.

The new stores will be focusing on opportunities present in "Starbucks Now"-- an express retail service that allows customers to place an order in advance of their visit and pick up their beverage and food at a Starbucks store. About 10 percent of new stores opened in fiscal year 2022 will be in store format.

Speaking on its biennial Investor Day on Dec 9, Chief Executive Officer Kevin Johnson reaffirmed the company's strategy in continued growth at scale, saying: "Looking ahead, coffee remains a very large and attractive market that is growing globally. We are focused on growing category share and believe Starbucks is better positioned than ever for continued success."

He added the company expects its global retail store base to reach about 55,000 units in fiscal year 2030.

The figure is a one percentage point increase from the previous range of 1 percent to 3 percent, reflecting its confidence in capturing additional market share through investments in digital capabilities and innovation while continuing to open new stores at a rapid pace in its fastest-growing market, said John Culver, a Starbucks' group president.