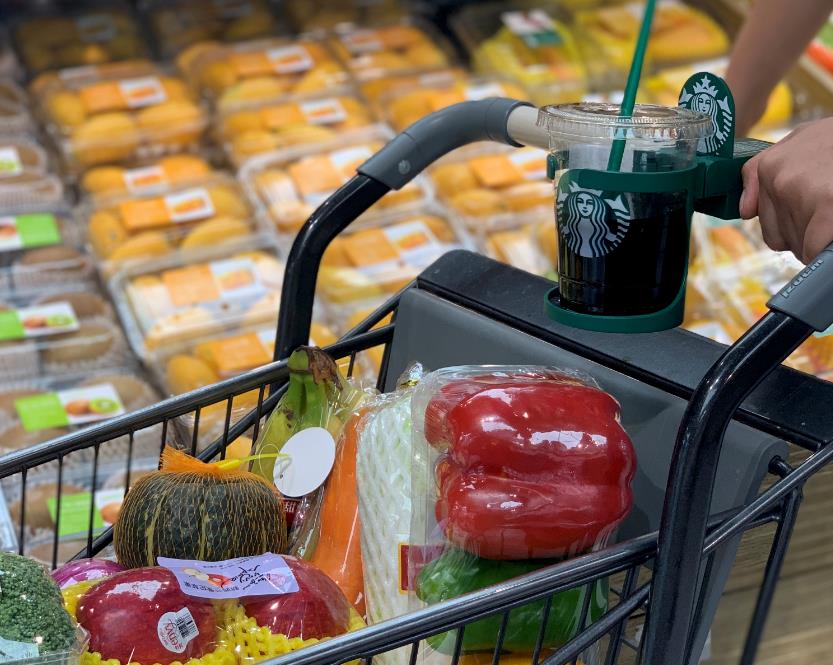 Starbucks China has launched more Star Kitchens in Hema Fresh stores, where consumers at Hema can order and dine or order for delivery within 3 kilometers around the store. (Photo: chinadaily.com.cn)

Starbucks Coffee Company has continued to strengthen its collaboration with Alibaba Group Holding Ltd by developing more Star Kitchens in the country to expand its delivery coverage and to diversify more dining experiences.

Starbucks on June 19 opened the first Star Kitchen in Beijing at Hema Fresh Shilibao Store, the third of this format in the country right after Shanghai and Hangzhou since October.

The Star Kitchen in Hema Fresh is operated by Starbucks' central kitchen in its Hema store, with food and beverages delivered by Hema's delivery system, which covers about 3 kilometers around each Hema store.

The delivery kitchen also provides in-store dining services, which allow visitors to the Hema store to order and pick up food and beverages from the Starbucks self-service station in the Hema store within 15 minutes after ordering through the Hema mobile application.

In a competition with the new coffee industry rival Luckin Coffee and pressured by the popularity of the tea drinking trend, Starbucks has sped up the development of product varieties and service diversity in recent months.

Last month, Starbucks launched its mobile order and pay services in an aim to help reduce long waits in the store. In the same month, it formed a new structure with two units: Retail and Digital Ventures, to further stimulate its digitalized operations to accelerate its growth.