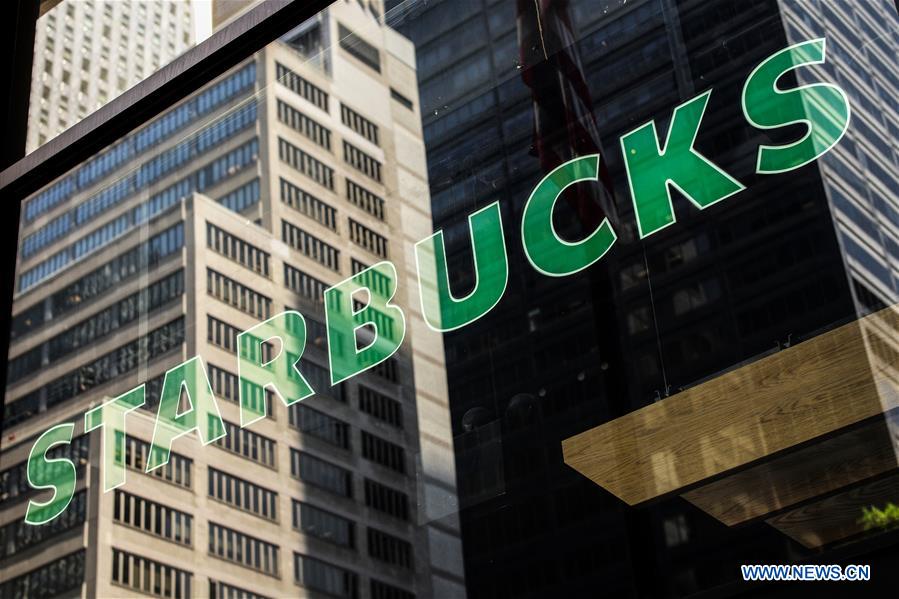 SAN FRANCISCO, March 18 (Xinhua) -- US coffee giant Starbucks has celebrated its continued recovery in China and forecast a bright future for its business in the country amid deepening economic and social impacts of COVID-19 around the globe.

The company held its 28th Annual Meeting of Shareholders virtually on Wednesday.

"Company celebrates continued recovery in China, with 90 percent of stores now open and the announcement of a new sustainable roasting plant coming in 2022," said a news release.

"Partners in China have demonstrated Starbucks resiliency at its best," Starbucks chief executive officer Kevin Johnson said. "As we continue to reopen our stores, we are helping people in every community heal as they deal with the emotional toll this has taken on them ... And today, over 90 percent of Starbucks stores in China are open -- under modified hours and conditions -- all offering some degree of connection and all allowing partners in China to do what they love."

The company has emphasized its commitment to growth in China, citing its decision to build a Coffee Innovation Park (CIP) in China.

The 130-million-U.S.-dollar investment in the CIP is Starbucks' largest manufacturing investment outside of the United States and its first in Asia.