BUSINESS Starbucks gets closer to customers with virtual store

Starbucks gets closer to customers with virtual store 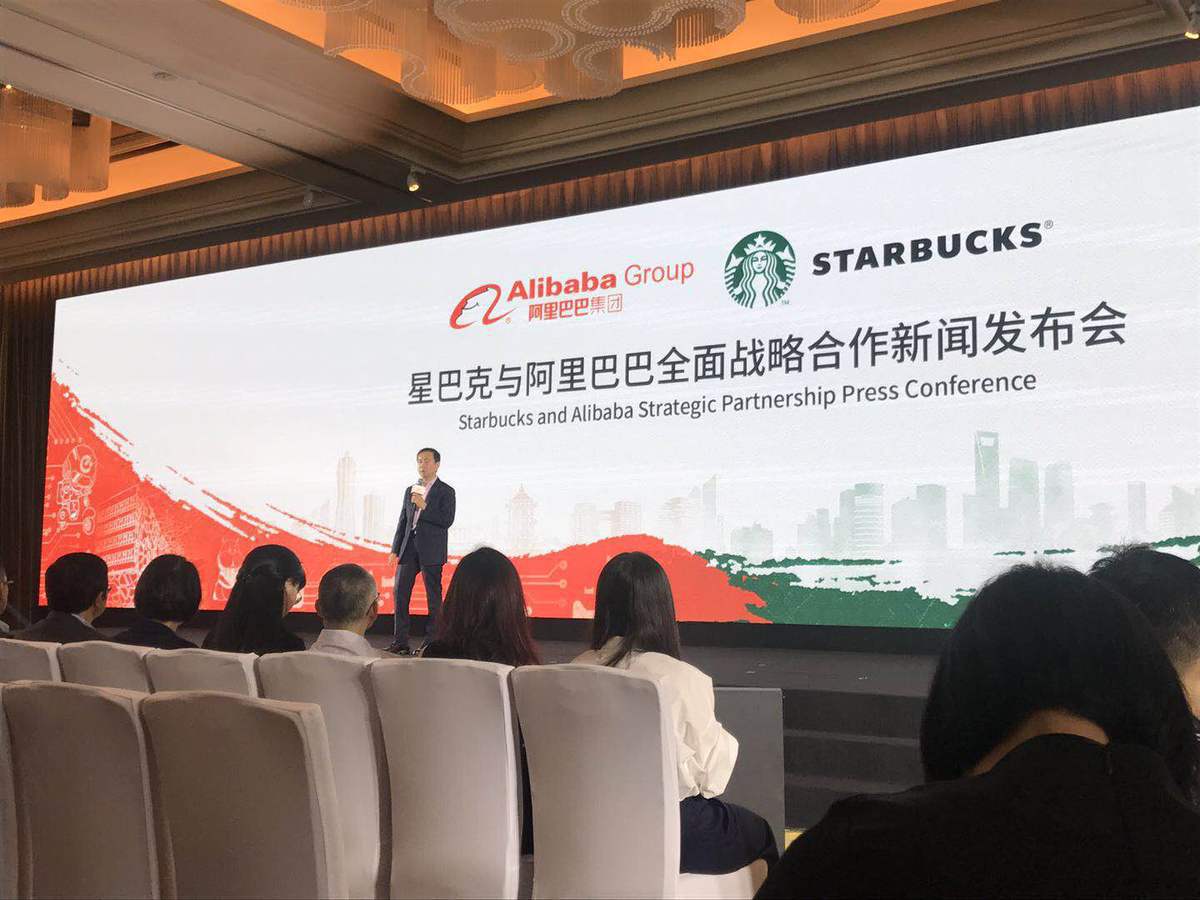 The news conference for the strategic partnership between Starbucks and Alibaba is held in Shanghai on Aug 2, 2018. (Photo： chinadaily.com.cn）

Molly Liu, vice-president of Digital Venture, Starbucks China, said: "This new milestone in the Starbucks digital strategy will significantly fuel our capability to provide an even more personalized and enticing one-touch digital experience for Chinese consumers, while extending the accessibility of our digital innovations into the everyday lifestyle rituals of our customers."

The virtual store, an online management hub Alibaba has developed specifically for Starbucks, is expected to integrate the company's digital offerings－including Starbucks Delivers, Say it with Starbucks social gifting, and the Starbucks Tmall flagship store－onto one interface for its customers, including more than 600 million mobile monthly active users on Alibaba's China retail marketplaces.

Customers now can order beverages, food and merchandise from the virtual store for home delivery, all at the same time.

"The move has given Starbucks wider access to Alibaba Group's members, in addition to its previous collaborations with Tencent," said Wang Zhendong, chairman of Shanghai Feiyue Investment Management Co Ltd, a consultancy firm focusing on the domestic coffee industry.

"Starbucks has also shown its ambition in retail merchandizing, as Tmall has strengths in selling personalized gifts," he said.

The global coffee chain expects that Alibaba's strong membership referral pipeline will help to fuel exponential growth in its rewards membership in China.

The virtual store will provide more ways for customers to earn Stars for their purchases in the Starbucks Rewards program, the company said.

Starbucks launched its delivery program in September with the Ele.me on-demand delivery app. The service has already expanded to 2,000 stores across 30 cities.

In 2017, Starbucks commanded an 80.7 percent share of the chained specialized coffee shops market in China, followed by McCafe's 8.4 percent and Costa Coffee's 5.2 percent, according to Euromonitor International.

The market in China is now the world's third-largest by market revenue, only after the United States and South Korea.