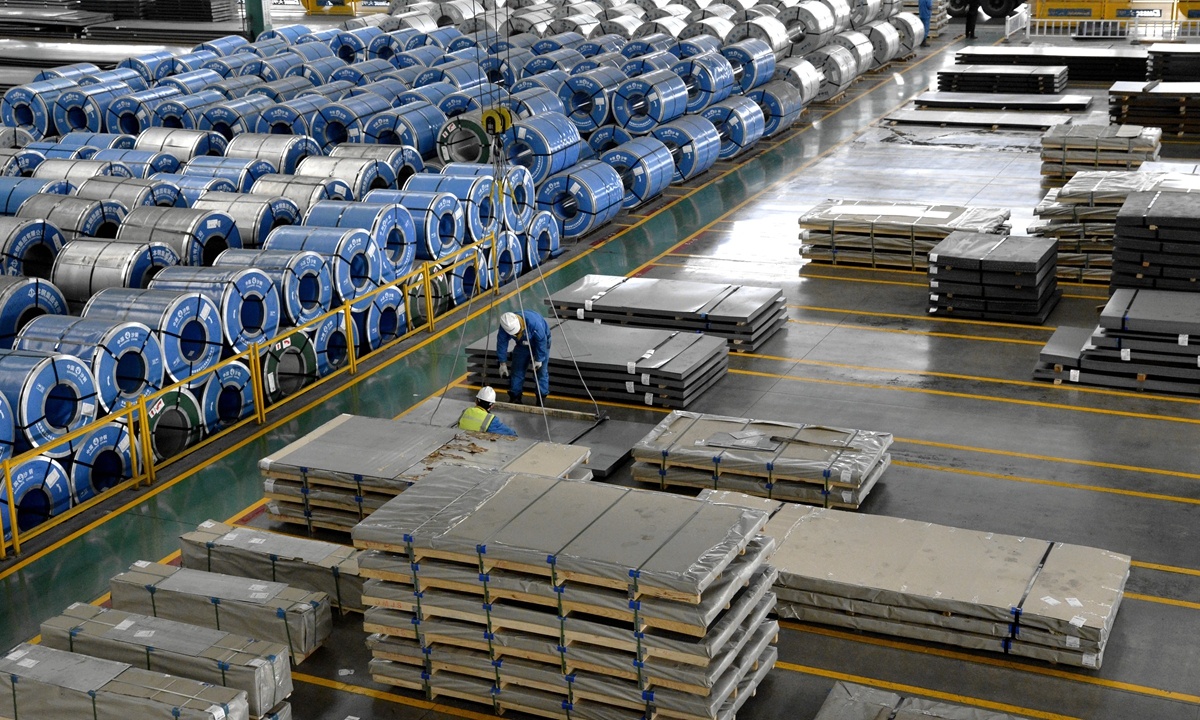 Staff in a factory in Wuxi, East China's Jiangsu Province prepare carbon steel products for shipment. Companies in the city are still busy as China's New Year approaches. China also encouraged people to stay put over the holidays to reduce the risk of infections during the travel rush. (Photo: cnsphoto)

As production picks up after the Spring Festival holidays, Chinese factories are confronting soaring steel prices, with some key items such as rebar jumping 6.62 percent from the last trading day before the Spring Festival to the fourth working day after the holiday, according to an industry research group.

Domestic iron ore futures hit a life-of-contract high of 1,180 yuan ($182) per ton on Monday, with coking, scrap steel and other raw materials prices also rising, according to Beijing Lange Steel Information Research Center. Although iron ore fell 2.94 percent on Tuesday to 1,107 yuan, it remained at an above-average level.

China is a major buyer of bulk raw materials, and its post-pandemic economic recovery has been more prominent than in other countries. That is leading to the return of foreign trade orders to China and thus rising steel demand, experts said, and the trend could continue.

Iron ore is trading at $150-160 a ton on average, and is likely to rise above $193 this year, perhaps even to $200, if demand stays strong, Ge Xin, a senior analyst with Beijing Lange Steel Information Research Center, told the Global Times on Tuesday.

Experts said that the start of the 14th Five-Year Plan will further boost the overall economy, so demand for steel will also increase.

Post-holiday steel shipments began earlier this year than in previous year, according to industry sources, and volume as well as prices have been higher.

Due to the rapid rise in steel prices, some steel traders are reluctant to sell or even limit sales at the current stage, with the expectation that the prices may go even higher later this year, according to industry research group.

However, some also believe that China's market activity only has a limited role in pushing up steel prices, since the nation has weak bargaining power on the international stage.