PRICES of rebar and hot-rolled coil in China, the world’s top steel producer, rose to record highs Thursday, underpinned by strong demand at home and overseas and helping sustain the high level of profitability enjoyed by mills.

Rebar on the Shanghai Futures Exchange ended daytime trade 1 percent higher at 5,208 yuan (US$803.16) a ton, after earlier hitting 5,238 yuan, the highest since 2009 when trading of construction steel contracts began on the bourse. 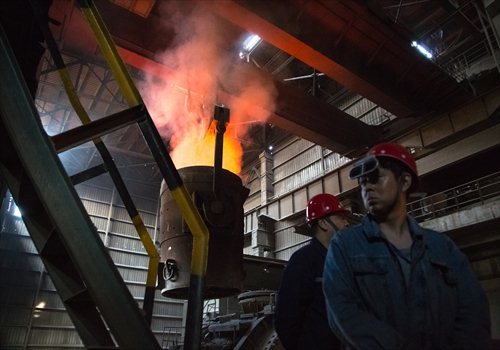 Hot-rolled coil was up 2.3 percent at 5,552 yuan a ton, after touching 5,579 yuan, its strongest since 2014 when trading of contracts for steel used in car bodies and home appliances started.

Strong demand for steel products at a time when China is moving to cut output by curbing operations of highly pollutive blast furnaces, and possible further restrictions, pushed margins higher, prompting mills to ramp up production.

Crude steel output among the 318 Chinese steel mills under Mysteel consultancy’s regular survey rose to an average of 2.92 million tons a day over April 11-20, the highest since mid-January.

Against the backdrop of “the dual momentum of production restriction and peak season demand, the market continues to operate in a bullish atmosphere,” Sinosteel Futures analysts said in a note.