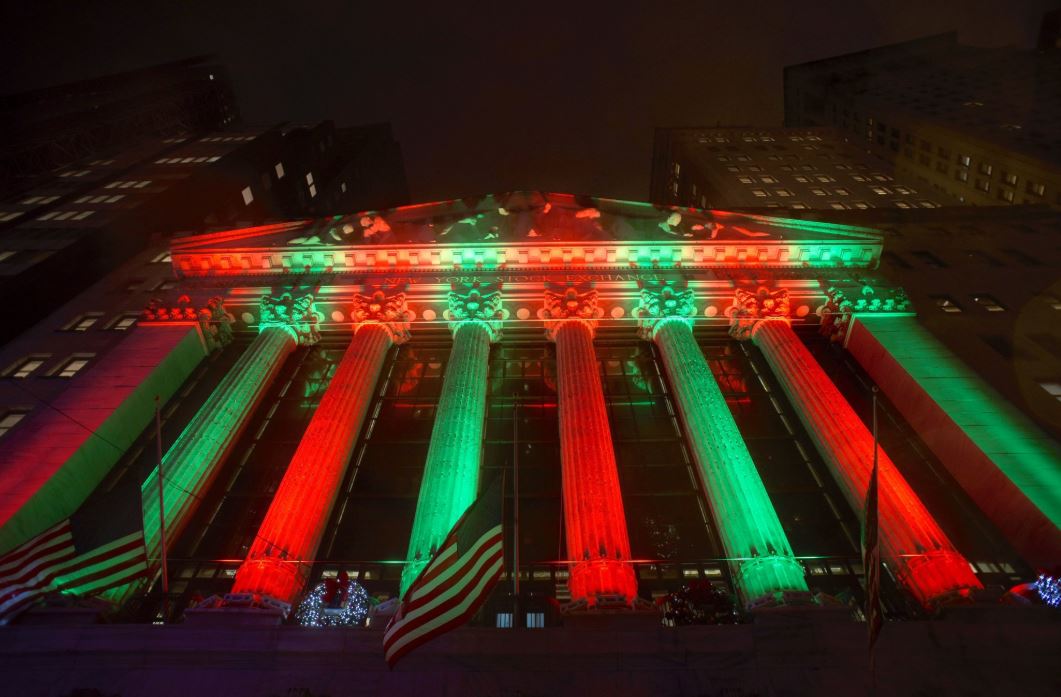 US stocks are falling again Friday as big losses for technology and internet companies and retailers add to the market’s woes this month.

Former market favorites like Amazon and Facebook took some of the biggest losses as investors remained nervous about the health of the global economy and the prospect of a lengthy partial shutdown of the federal government.

Markets have suffered wide losses over the last week. The major US indexes have fallen more than 11 percent in December, and without a substantial gain over the final days of trading, they are headed for their single worst month since October 2008, when the market was being battered by the effects of the global financial crisis that led to the Great Recession.

Investors around the world have grown increasingly pessimistic about the global economy’s prospects over the next few years. It’s widely expected to slow down, but traders are concerned the cooling might be worse than they previously believed and that the US could eventually tip into a recession.

The market’s plunge comes even as the Federal Reserve projects that the US economy will grow 3 percent this year, the fastest since 2005, and about 2.3 percent next year, and two years of further increases after that. But as interest rates rise and regions the US does a lot of business with, like Europe and China, also slow down, those estimates might be harder to reach.

Trade tensions between the US and China, the two largest economies in the world, are not the only reason for the expected slowdown in economic growth and corporate profits, but they are adding even more uncertainty to a picture that already looks cloudy.

Stocks surged briefly in morning trading John Williams, the president of the New York branch of the Federal Reserve, said in an interview with CNBC that the Fed is aware the US economy might weaken more significantly next year.

The Fed raised interest rates earlier this week and signaled that it expects to raise them two more times next year. Investors aren’t sure how much that will impair the economy, and the stock market tumbled as they worried the Fed just wasn’t concerned about that possibility.

“What I think the Fed is trying to do is soften the rhetoric a little bit by saying ‘we’re going to be monitoring the economy and we acknowledge that things have eased a bit,’” said Sam Stovall, chief investment strategist for CFRA.

Defense contractors fell after President Donald Trump said he’s withdrawing US soldiers from Syria in an unexpected move. Media reports say the administration might also pull large numbers of soldiers out of Afghanistan. Lockheed Martin fell 1.5 percent to $261.23 and Raytheon shed 2.3 percent to $154.29.

The market’s big losses this month are an outlier because December is generally the strongest time of the year for US stocks. Traders often talk about a “Santa rally” that adds to the year’s gains as positions are closed out and people adjust their portfolios in anticipation of the year to come. Barring huge gains, this will be the worst December for the US market since the 1930s.

Oil prices have declined 40 percent from recent highs amid concerns over a glut in the market and the slowing economy. Benchmark US crude dipped 0.1 percent to $45.86 a barrel in New York. The international standard, Brent crude, declined 1 percent to $53.83 a barrel in London.

Bond prices were little changed. The yield on the 10-year Treasury note stayed at 2.79 percent.