Stocks charge higher on hopes for progress in fighting virus 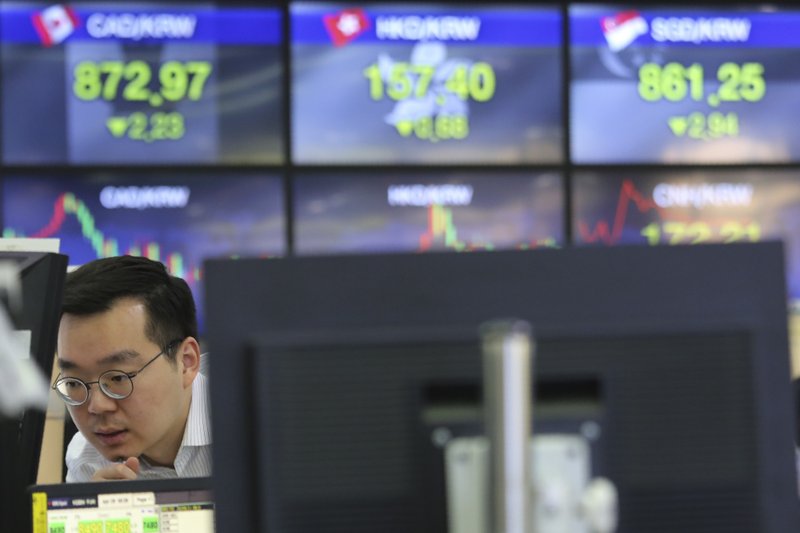 Stocks charged higher around the world Wednesday following an encouraging report on a possible treatment for COVID-19.

The optimism helped the S&P 500 vault 2.7% higher in afternoon trading, and it extended a rally that’s brought the U.S. stock market to the brink of its best month in 45 years. Stocks in Europe also jumped immediately after Gilead Sciences said its experimental drug proved effective against the new coronavirus in a major U.S. government study.

Stocks were little changed in afternoon trading after the Federal Reserve issued a statement saying it plans to keep its key interest rate near zero for the foreseeable future. The central bank also reaffirmed its committment to using its full range of tools to support the U.S. economy through its near-paralysis caused by efforts to stem the spread of the outbreak.

Gilead’s report hit markets at the same moment that a report showed how pervasive and painful the hit has been to the economy from the coronavirus outbreak. The U.S. economy shrank at a 4.8% annual rate in the first three months of the year, its worst performance since the depths of the financial crisis in 2008.

The figure was worse than investors were expecting, and it’s “merely the tip of the iceberg,” said Michael Reynolds, investment strategy officer at Glenmede. Job losses have exploded since early April, as layoffs sweep the nation following widespread stay-at-home orders, and economists expect to see even worse numbers for the second quarter of the year.

But stocks have been rallying over the last month as investors look beyond the current economic devastation and focus instead on the prospect of economies gradually reopening. The S&P 500 has surged more than 13% in April, and it’s a day away from closing its best month since late 1974.

Some U.S. states and nations around the world have laid out plans to relax restrictions keeping people at home and businesses bereft of customers. A drug treatment for COVID-19, meanwhile, could help life inch a little closer to “normal.” Dr. Anthony Fauci, the nation’s top infectious diseases expert, called the results on Gilead’s remdesivir drug optimistic and said details will be submitted to a scientific journal. COVID-19 has killed more than 218,000 worldwide.

But what got the nearly 32% rally for the S&P 500 started on March 24 was massive aid from the Federal Reserve and Congress. Investors will be watching closely during an afternoon news conference by Fed Chairman Jerome Powell for clues about how long the Fed will keep in place its unprecedented efforts to prop up the economy.

Small stocks got punished much more than the rest of the market when recession worries were at their height due to their more limited financial resources. But they can soar higher when pessimism is receding.

The market’s gains were widespread and accelerated through the day. Big tech and communications stocks helped lead the way after Google’s parent company said its revenue was stronger in the first three months of the year than Wall Street was expecting.

Alphabet jumped 8.9%, which helped communications stocks in the S&P 500 rise 5% for one of the biggest gains among the 11 sectors that make up the index.

It also raised optimism about digital-advertising trends in Facebook’s earnings report, which is scheduled for after the market closes Wednesday. Facebook rose 7% Alphabet and Facebook are both huge stocks and make up 5% of the S&P 500 by themselves, which gives their movements outsized effects on the index.

Many professional investors are skeptical of the U.S. stock market’s big rally. There’s still a lot of uncertainty about how long the recession will last.

The vigorous rise for stocks over the last month also implies investors see a relatively quick rebound for the economy and profits following the current devastation. But it may take a while for households and businesses to get back to how things used to be.

“My concern is that the market is starting to get a little bit more focused on the rewards and less focused on the risks right now,” said Sal Bruno, chief investment officer at IndexIQ. “Maybe investors are getting a little too enthusiastic.”

“I don’t think you just flip the switch and everybody goes back to work right away,” he said.

The yield on the 10-year U.S. Treasury rose to 0.62% from 0.61% late Tuesday after paring earlier losses. Yields tend to fall when investors are downgrading expectations for the economy and inflation.

Oil prices are continuing their extreme swings after a collapse in demand has sent crude storage tanks close to their limits. Benchmark U.S. oil rose 24.7% to $15.39 per barrel. Brent crude, the international standard, rose 7.2% to $24.40 per barrel.