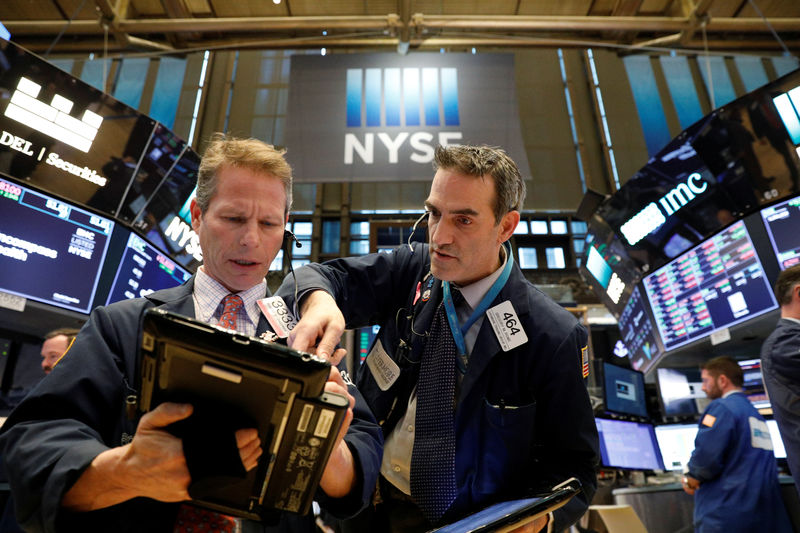 U.S. stocks advanced on Friday, buoyed by gains in technology stocks and a pullback in Treasury yields as the Federal Reserve eased concerns about the path of interest rate hikes this year.

The central bank, looking past the recent stock market sell-off and inflation concerns, said it expected economic growth to remain steady and saw no serious risks on the horizon that might pause its planned pace of rate hikes.

Investors largely expect the Fed to raise rates three times this year, beginning with its next meeting in March, the first under new Chair Jerome Powell. Traders currently see a 95.5 percent chance of a quarter-point hike next month, according to Thomson Reuters data.

“The Fed has come out and made an announcement basically reinforcing the idea they are still on track for three rate hikes this year, which had been their forecast before we got some of the increased inflation news over the last month,” said Alec Young, managing director of global markets research at FTSE Russell in New York.

“It signals to the markets that while there is increased concern about higher rates and inflation, the Fed has really not seen enough to justify getting much more hawkish.”

Powell’s first public outing will be on Tuesday, when he will testify separately before the House and Senate committees.

The dip in yields helped boost bond proxy sector such as utilities, up 2.20 percent, and real estate .SPLRCR, up 1.50 percent.

The two companies created from the split of Hewlett Packard Co in 2015, reported strong results and HPE also announced a plan to return $7 billion to shareholders.

Advancing issues outnumbered declining ones on the NYSE by a 3.29-to-1 ratio; on Nasdaq, a 2.17-to-1 ratio favored advancers.