Chinese investors dumped stocks across the board on Tuesday as US President Donald Trump threatened China with more tariffs, knocking the Shanghai benchmark to a two-year low. 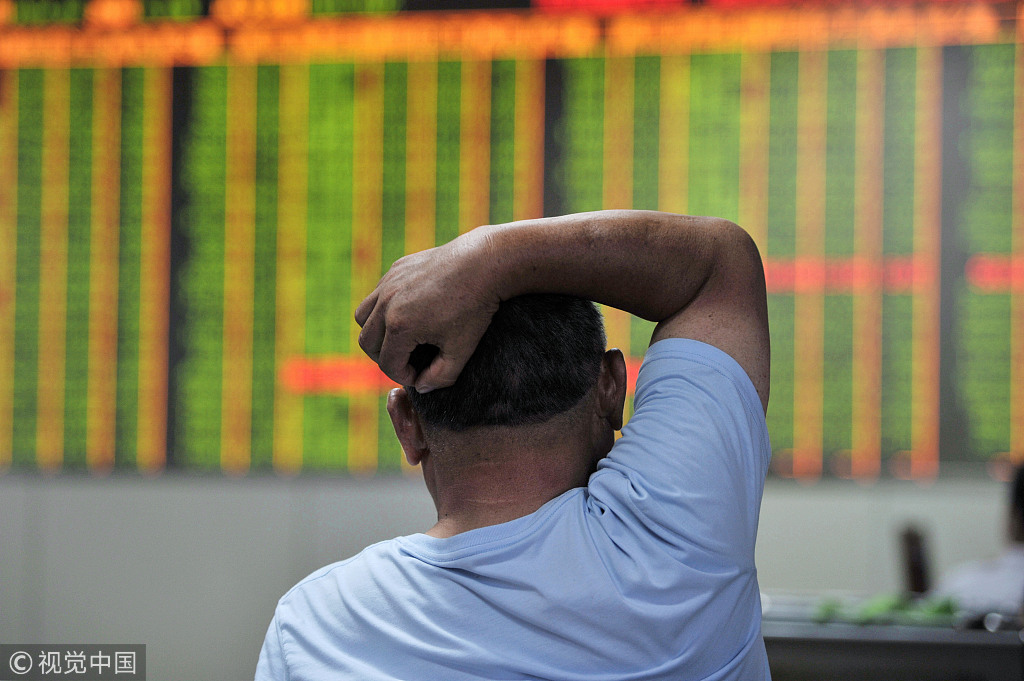 Investors had their first chance on Tuesday to react to rapidly escalating trade tensions between China and the US after returning from a long weekend. Markets were closed Monday for the Dragon Boat Festival.

The Shanghai Composite Index opened sharply lower and tumbled nearly 4 percent to a two-year low, closing at 2,907.82 points. It past the psychologically key 3,000-point level.

"The market is so fragile. You don't know where the bottom is," said David Dai, general manager of Shanghai Wisdom Investment Co.

"It's the darkest hour... the most agonizing moment in the first half," Zhang Yidong, strategist at Industrial Securities, wrote on Tuesday.

"There are disaster victims everywhere," he said, citing the triple-whammy of the China-US trade spat, China's regulatory crackdown on riskier lending practices and global liquidity tightening.

On Tuesday, China's commerce ministry said the country would take "qualitative" and "quantitative" measures, and "fight back firmly" against additional tariff measures by the US government.

The tech-heavy start-up board ChiNext tumbled nearly 6 percent to its lowest level since January 2015.