BUSINESS Stocks gain, Treasury yields near unchanged after US payrolls

Stocks gain, Treasury yields near unchanged after US payrolls

US Dollar banknotes are seen in this photo illustration taken February 12, 2018. (Photo：Reuters)

World stock indexes climbed and US Treasury yields were near unchanged on Friday after data showed weaker-than-expected US jobs and wage growth in April, bolstering investor views that the pace of US rate hikes will be gradual.

Gains in shares of Apple helped US stocks after Warren Buffett’s Berkshire Hathaway  raised its stake in the iPhone maker.

The Labor Department’s closely watched report showed non-farm payrolls increased by 164,000 jobs last month, while the unemployment rate was at 3.9 percent. However, wages edged up only 0.1 percent, easing concerns that inflation pressures were increasing.

“If people were worried about a faster pace of hike, this report should calm those... The curve will likely resume its flattening bias in the long term, but it won’t invert in the foreseeable future,” said Collin Martin, fixed income strategist at Schwab Center for Financial Research in New York.

The US central bank on Wednesday left interest rates unchanged and said it expected annual inflation to run close to its “symmetric” 2 percent target over the medium term.

Yields on US benchmark 10-year notes and 30-year yields earlier slid to two-week lows, while those on two-year notes fell to a one-week trough. 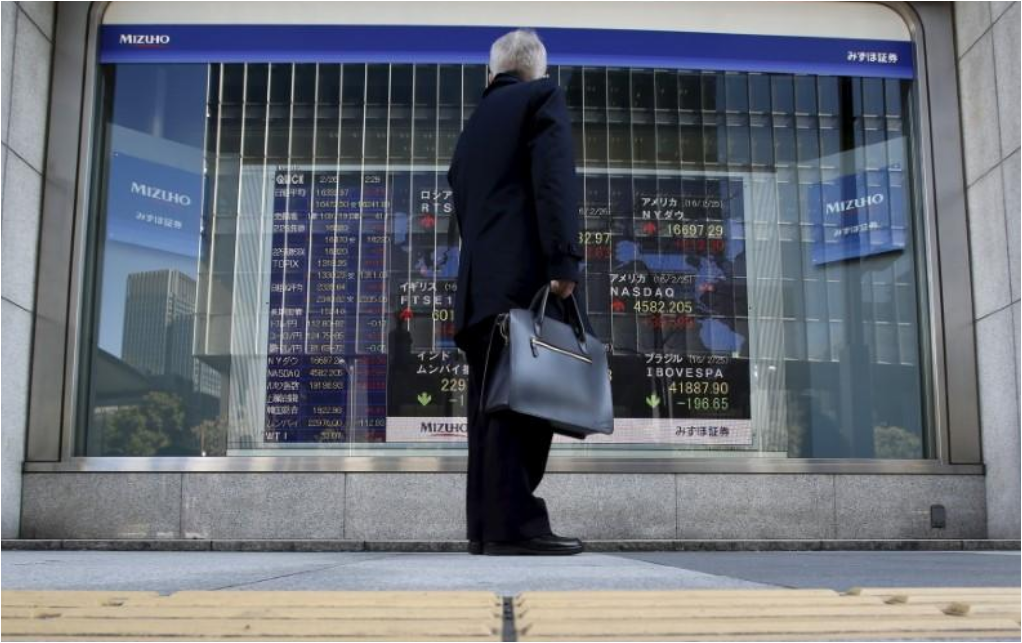 A pedestrian stands to look at an electronic board showing the stock market indices of various countries outside a brokerage in Tokyo, Japan, February 26, 2016. (Photo: Reuters)

The US dollar rose to its highest levels this year against a basket of currencies despite the weaker-than-expected jobs data.

The dollar has gained as investors bet that the Fed will continue raising rates while other central banks, including the European Central Bank, will act more slowly.

While the Fed is seen raising interest rates at least two more times this year, expectations of policy tightening from the ECB and the Bank of England are receding.

That has driven the difference between German and US government bond yields to near the highest in nearly three decades, with the short-dated US2DE210=RR and long-dated US10DE10=RR “transatlantic spread” standing at 305 and 240 basis points respectively.

Investors are also focused on trade tensions between the United States and China. Top officials from Beijing and Washington have reached a consensus on some aspects of the countries’ trade dispute, but disagreements over other issues remain “relatively big,” according to China’s Xinhua news agency.

Talks over the past two days have involved a high-level US trade delegation led by Treasury Secretary Steven Mnuchin and top Chinese officials, following months of threats and counter threats from both sides in a series of disputes over trade practices.