Stocks open higher ahead of Fed decision on interest rates 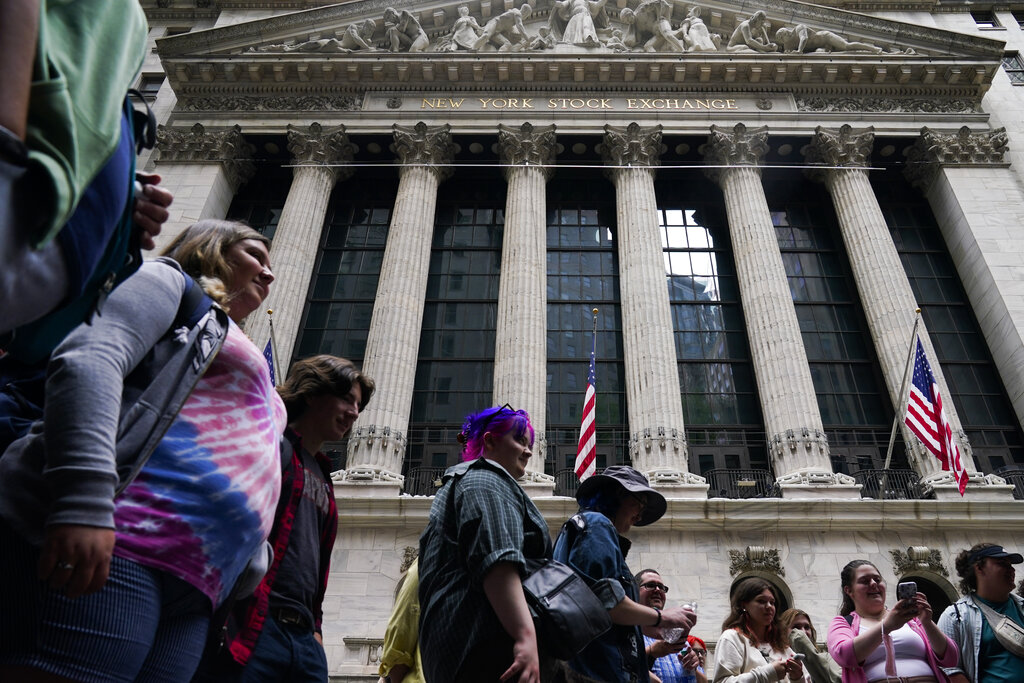 Stocks are opening higher on Wall Street Wednesday but remain sharply lower for the week as trading remains volatile ahead of a closely watched decision later in the day on interest rates from the Federal Reserve. Treasury yields were easing but remain at the highest level in more than a decade as investors expect inflation to remain difficult to control for some time. The S&P 500 was up 1.3%, while gains for technology companies helped push the Nasdaq up 1.7%. The Dow Jones Industrial Average added 1.1%. The yield on the 10-year Treasury fell to 3.40%.

THIS IS A BREAKING NEWS UPDATE. AP’s earlier story follows below.

NEW YORK (AP) — U.S. markets were poised to rebound Wednesday ahead of expected action from the Federal Reserve to raise interest rates in its ongoing effort to cool inflation.

Economists believe the Fed could hike rates by three-quarters of a percentage point, triple the usual increase, with the cost of living for Americans rising surprisingly fast.

A “hawkish surprise” from the Fed could be a “further shock to risk assets," Anderson Alves of ActivTrades said in a report. “Money markets are already pricing around 90% possibility of such action.”

Turmoil in the cryptocurrency sector continued to rattle investors. Bitcoin is down 5% and close to $20,000 in early morning trading. Bitcoin has lost about a third of its value in the past week and is down almost 70% from an all-time high around $68,000 in November. Other cryptocurrencies have followed a similar trajectory and Ethereum is down almost 8% Wednesday.

The Shanghai Composite Index gained 0.5% Wednesday to 3,305.41 after government data showed Chinese factory activity rebounded in May as anti-virus controls that shut down businesses in Shanghai and other industrial centers eased.

Expectations of an unusually big Fed rate hike increased after government data Friday showed consumer inflation accelerated in May instead of easing as hoped.

The Fed is scrambling to get prices under control after being criticized earlier for reacting too slowly to inflation pressures.

Britain's central bank also has raised rates. The European Central Bank says it will do so next month.

Japan's central bank has kept rates near record lows. That has caused the yen to fall to two-decade lows below 135 to the dollar as traders shift capital in search of higher returns.

Markets also have been jolted by Russia's attack on Ukraine, which has pushed oil prices to history-making highs above $120 per barrel, and by virus outbreaks in China that led to the closure of factories and disrupted supply chains.