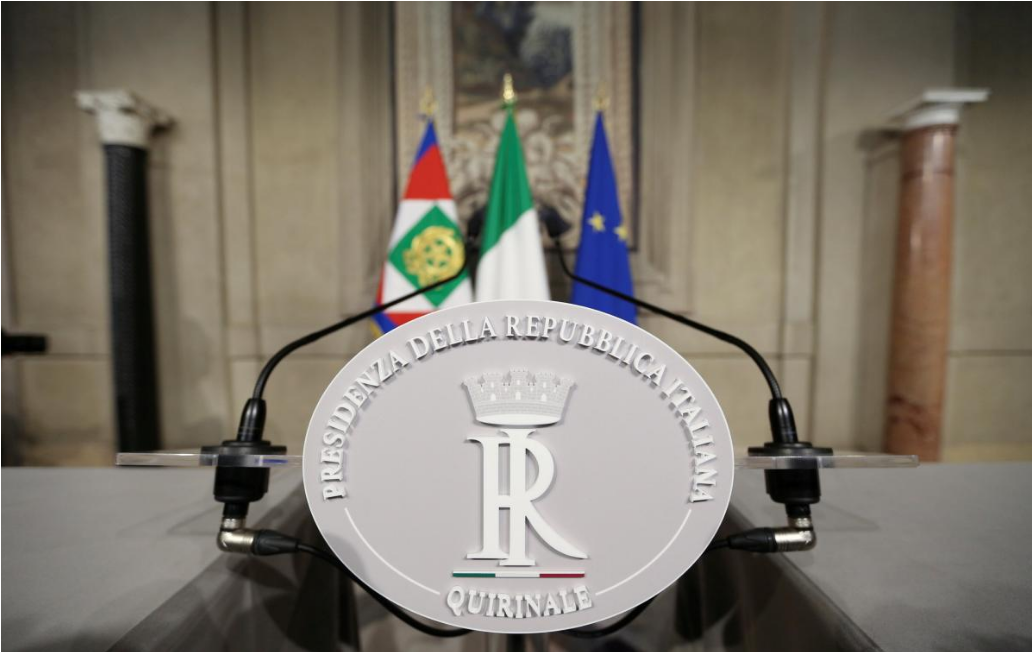 The podium where Carlo Cottarelli was waited to talk with reporters, after a meeting with Italian President Sergio Mattarella, is seen at the Quirinal palace in Rome, Italy, May 29, 2018. (Photo: Reuters)

Hopes that Italy might avoid a potentially damaging general election lifted European markets on Wednesday, bringing Italian bond yields off multi-year highs and dampening some of the recent buying interest for German and U.S. government bonds.

The recovery was partly driven by news that Italy’s two anti-establishment parties were renewing efforts to form a government, rather than force the country to the polls for the second time this year.

Another positive was a smooth auction of Italian debt that raised 5.57 billion euros, easing concerns about Rome’s ability to finance itself.

“(The auction) clearly indicates that investors still have faith in the Italian economy, if not the government,” said Seema Shah, global investment strategist at Principal Global Investors. But she warned that political uncertainty would remain elevated.

Japan’s biggest private life insurance firm, Nippon Life, which holds some 4.8 trillion yen ($44 billion) worth of euro zone bonds, said it had no plans for now to buy or sell its Italian debt holdings.

The risk for investors is that eurosceptic political parties are further boosted, with any election viewed as a de facto referendum on Italy’s euro membership. The events have evoked memories of the 2011-2012 euro debt crisis, with potentially huge implications for the single currency.

The risks had sent investors scurrying for safer German and U.S. government bonds as well as currencies such as the yen and Swiss franc, at the expense of the euro.

That safe-haven trend receded on Wednesday, with the euro bouncing nearly one percent versus the dollar and recouping all its Tuesday losses, which had taken it down to 10-month lows. It also rose against the Swiss franc and yen respectively.

Most investors remain cautious though, with Goldman Sachs cutting its forecast for the euro’s exchange rate against the dollar due to Italian political developments. It said it now expected the euro to trade at $1.25 in 12 months’ time versus its previous $1.30 prediction.

With brewing trade conflicts, world growth is another concern. The Organisation for Economic Cooperation and Development warned in its latest report that a trade war was threatening the growth outlook.

That is likely to weigh especially hard on the developing world - emerging equities were down more than one percent to 5-1/2 month lows while Shanghai shares dropped 1.4 percent.

Emerging markets are also suffering from the dollar’s surge since mid-April, with Indonesia raising interest rates for the second time in two weeks to support the rupiah currency. 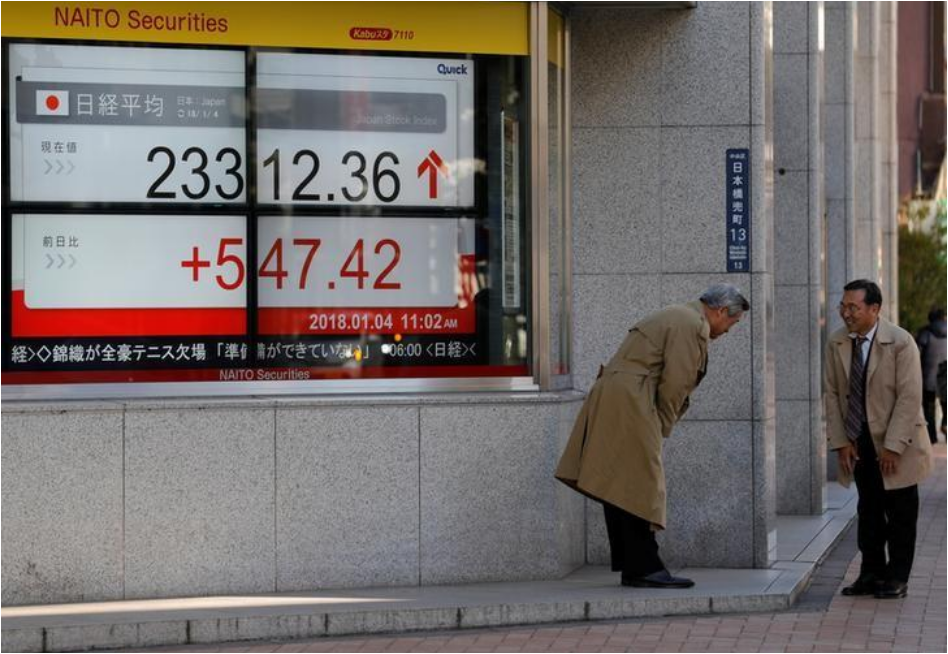 Men exchange greetings in front of an electronic board displaying the Nikkei average outside a brokerage in Tokyo, Japan January 4, 2018. (Photo: Reuters)