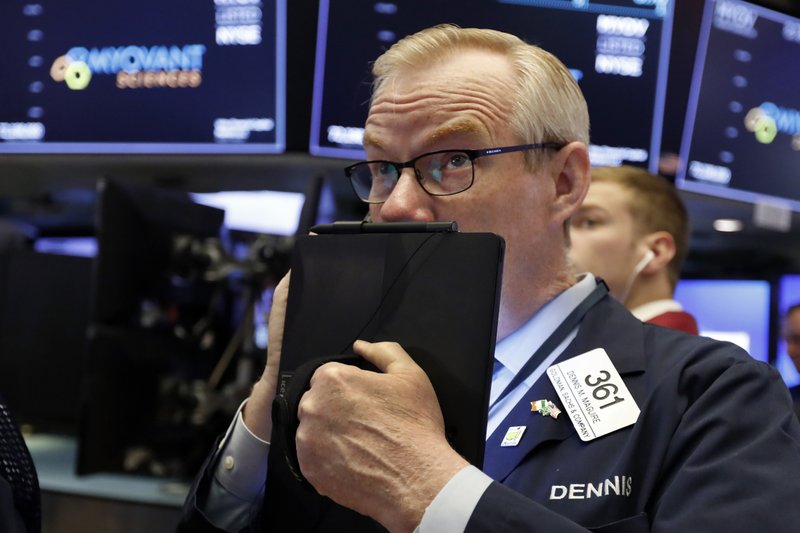 Corporate earnings are now in full swing after last week’s relatively light load of mixed results. Nearly 150 companies in the S&P 500 will report their financial results through Friday. Analysts are expecting this round of earnings to be weak.

Stanley Black & Decker rose 6.6% after it reported second quarter profit well above analysts’ forecasts. The tool maker made one of the biggest gains in the industrial sector. General Electric rose 2.6% and United Technologies rose 1.8%.

Utilities lagged the market as investors moved away from defensive holdings and took on more risk.

OVERSEAS: European stocks moved broadly higher, though London’s FTSE 100 was relatively flat after Boris Johnson was named as the new prime minister, a move that could increase the risks of a disorderly Brexit. Germany’s DAX soared 1.8% and France’s CAC 40 rose 1%.

STOCK POP: Coca-Cola rose 5% after the beverage company raised its revenue forecast for the year following a solid second quarter. The company reported 3% growth in sales of its namesake soft drinks and it has been expanding into energy drinks and coffee.

WELL PLAYED: Hasbro rose 6.1% after blowing away Wall Street’s second quarter profit forecasts. The toy maker reported growth for many of its classic games and toys, including the board game Monopoly and Play-Doh. It also reported growth for its digital game “Magic: The Gathering” and got some help from its partnership with Marvel on Avengers and Spiderman action figures.

OIL: Crude oil prices remained mostly flat. Benchmark edged down 0.3%. Brent crude oil, the international standard, were flat. Energy prices have been volatile over the last few weeks as tensions between the U.S. and Iran intensify.