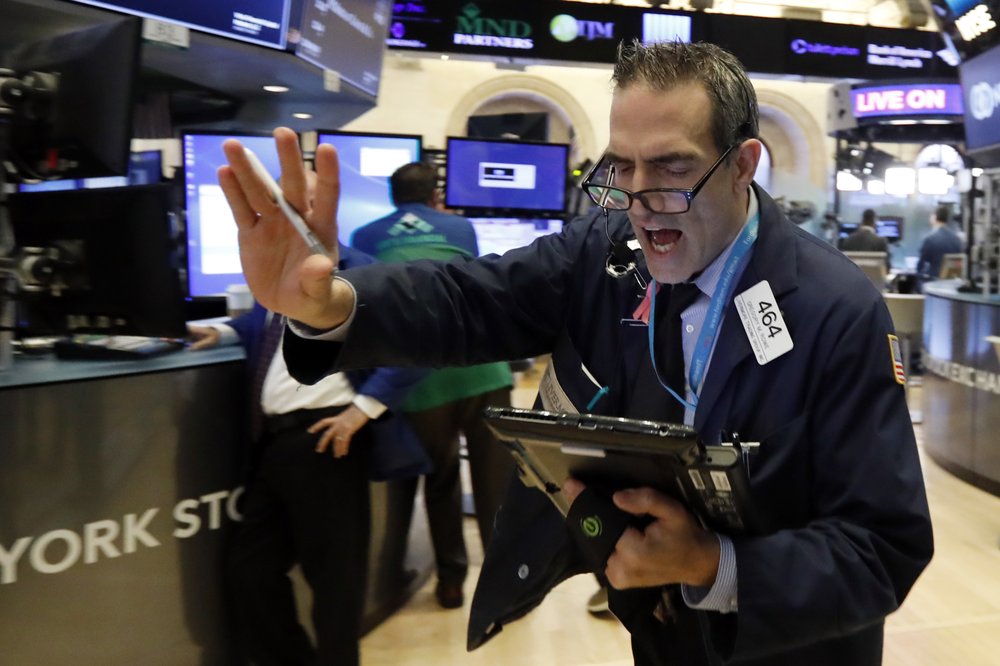 Trader Gregory Rowe works on the floor of the New York Stock Exchange, Wednesday, Nov. 7, 2018. Stocks are climbing in early trading on Wall Street as results of the US midterm elections came in as investors had expected. (Photo: AP)

Stock and bond prices are climbing Wednesday after Democrats won control of the House of Representatives in the US midterm elections, while Republicans kept a majority in the Senate. Big-name technology and consumer companies are making some of the largest gains.

The outcome was largely what investors expected. While the potential for political gridlock in Washington has increased, the market reaction has not been nearly as volatile as after other political events, such as the 2016 presidential vote. Historically markets have performed well after midterm elections and with split control of Congress.

“The market likes when what it expects to happen happens,” said JJ Kinahan, chief markets strategist for TD Ameritrade. “We haven’t had that happen in a little while, when you think about major events like Brexit or the presidential election.”

It’s not clear how a government divided between a Democrat-controlled House, a Republican Senate and Republican President Donald Trump might govern. But if the possibilities for compromise and big agenda items seem limited, Wall Street is fine with that because it means politics is that much less likely to crowd out the performance of the strong US economy.

High-growth stocks were pummeled during the market’s drop last month. Quincy Krosby, chief market strategist at Prudential Financial, said it will be worth watching to see if investors are willing to buy those stocks again or if they continue to prefer slower-growing, more “defensive” companies like utilities and household goods makers.

Republicans had discussed a new round of tax cuts if they maintained full control over Congress, which would have expanded the government’s deficits further and required it to issue more debt. Government bond yields spiked overnight after a batch of strong early results for some GOP candidates, but then headed lower as Democrats’ fortunes improved, making a new tax cut package unlikely.

The yield on the 10-year Treasury note went as high as 3.25 percent Tuesday night from 3.21 earlier in the day. On Wednesday morning it dipped to 3.19 percent.

The US markets swooned in October, knocking the S&P 500 down nearly 7 percent, as investors worried about rising interest rates and the US-China trade dispute. The S&P 500 is up about 3 percent so far in November.

October is historically a rough month for stocks, though markets usually rise after midterm elections regardless of how the political landscape may change because Wall Street is glad to have more certainty.

Democrats’ win in the House means Republicans won’t be able to take another shot at repealing the 2010 Affordable Care Act, which extended health insurance coverage to millions of Americans. Voters in Idaho, Utah and Nebraska all voted to expand Medicaid, and several of the winning gubernatorial candidates also favor expanding Medicaid benefits.

Oil prices continued to fall. US crude lost 0.5 percent to $61.88, and Brent crude, the standard for international oil prices, was little changed at $72.13 a barrel in London.

It’s not clear how the election’s outcome will affect the Trump policy Wall Street might be most concerned about: the trade dispute with China. Trump has imposed taxes of up to 25 percent on $250 billion of Chinese imports, and Beijing has responded with tariffs on $110 billion of American goods.

A primary concern in Asia is the potential for trade tensions to hobble growth for export-reliant economies.

The Federal Reserve is also meeting Wednesday and Thursday. It’s not expected to raise interest rates this month, but investors believe it will do so in December.