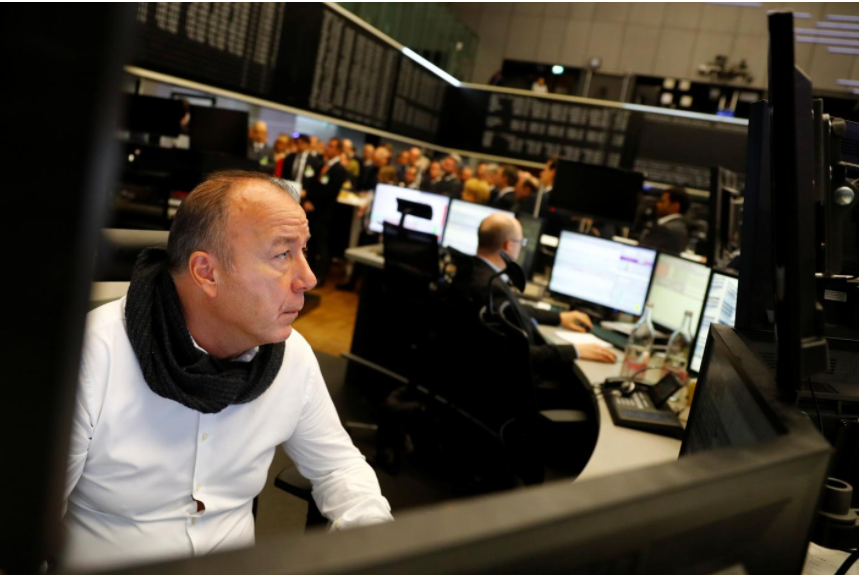 A share trader checks his screens at the stock exchangee in Frankfurt, Germany, November 20, 2017. REUTERS/Kai Pfaffenbach

The S&P technology index .SPLRCT fell 0.36 percent after two days of gains, pulled lower by an 8.2-percent drop in Hewlett Packard Enterprise (HPE.N) after Meg Whitman said she would leave as chief executive in February.

The decision by Whitman, a high-profile U.S. executive, took Wall Street by surprise and the tech-heavy Nasdaq edged lower.

But the U.S. equity market is poised for “smooth sailing” through year-end even as the ebullient mood on Wall Street signals trouble later in 2018, Doug Ramsey, chief investment officer at The Leuthold Group LLC in Minneapolis.

However, the broad equity advance, with few lagging sectors, suggests the bull market still has room to run, Ramsey said.

“The odds that we’ll be at higher highs three to four months from now are very high, though it doesn’t rule some short-term setback,” he said. “I have never seen a major bull market top that looks like anything where we stand today, even compared to 1987.”

Oil retreated slightly from a more than two-year high after U.S. crude stockpiles fell less than an industry group had suggested on Tuesday. 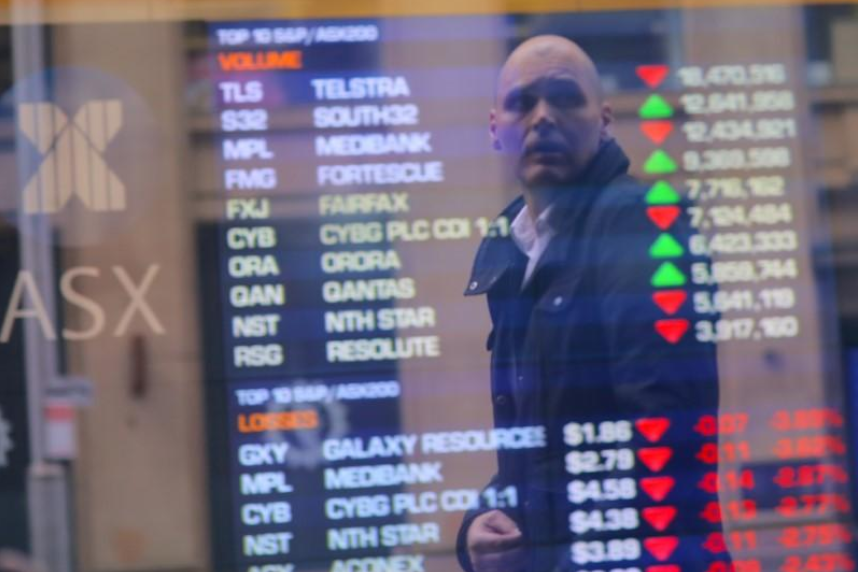 An investor is reflected in a window displaying a board showing stock prices at the Australian Securities Exchange (ASX) in Sydney, Australia, July 17, 2017. REUTERS/Steven Saphore

Still, U.S. crude prices remained elevated near $58 a barrel after sources said the Keystone pipeline will cut deliveries by 85 percent or more through the end of November.

The dollar fell, touching its lowest level in more than a month against the Japanese yen and the Swiss franc, after the release of weaker-than-expected U.S. data and inflation expectations.

New orders for U.S.-made capital goods unexpectedly fell in October after three straight months of strong gains and a measure of goods orders that strips out volatile components had its biggest drop since September 2016.

The University of Michigan’s consumer sentiment report showed a decline in expectations for long-term inflation.

U.S. Treasury yields were steady before the Federal Reserve is due to release minutes from its latest meeting before the session ends, with trading volumes seen subdued before Thursday’s Thanksgiving holiday.

The Fed’s meeting minutes will be evaluated for any new

indications that a rate hike is likely in December, with market

participants seeing the rate hike as all but certain.