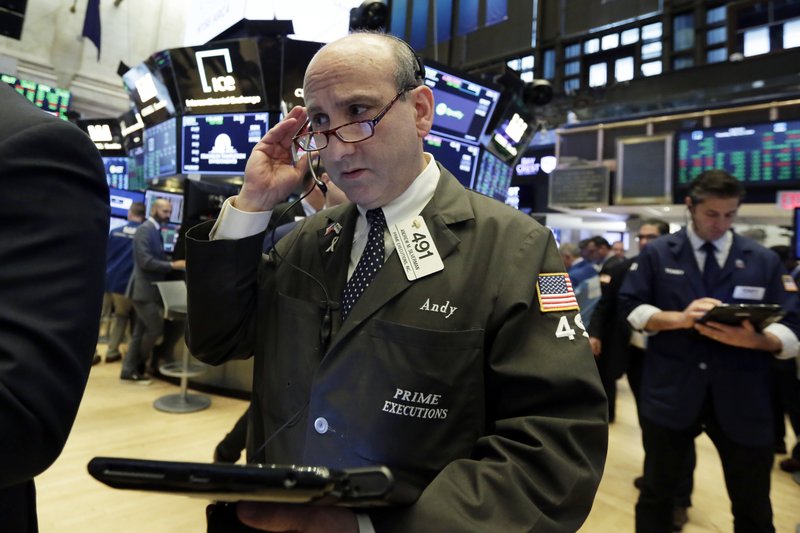 Large industrial companies like Boeing, 3M and Caterpillar slipped, and retailers including Kohl’s, AutoZone and Advance Auto Parts fell after releasing their quarterly results. Energy companies fell as crude oil gave up an early gain. Smaller companies had their worst day of the month as a winning streak that brought them to all-time highs came to an end.

For most of the day stocks were on track for small gains. Automakers rose after China said it will reduce duties on imported cars in July, a sign the US and China could resolve some of their differences on trade. Banks climbed as Congress prepared to loosen some of the rules that have governed the industry since the 2008 financial crisis.

Stocks rose Monday as investors grew more hopeful that the trade dispute between the US and China will be resolved without major effects on the global economy. But Marina Severinovsky, an investment strategist at Schroders, said the two countries appear to be looking for easy wins without addressing larger and more difficult issues, like China’s technology policies and its handling of intellectual property.

That might pacify the market for now because the global economy is doing well, but she thinks tensions will eventually flare up again.

“The more competitive the Chinese become in higher-end industries ... the more this is really going to become an issue,” she said. “There will be more industries and companies clamoring for protection.”

J.C. Penney was one of the worst performers among both small companies and retailers. It fell 6 percent to $2.35 after it said Chairman and CEO Marvin Ellison will leave to become CEO of Lowe’s. He worked at Lowe’s rival Home Depot for 12 years before he was hired by J.C. Penney, which reported weak first-quarter results less than a week ago.

Elsewhere, jeans retailer Guess fell 7.9 percent to $23.80. Kohl’s had a strong second quarter, but said much of that strength came because a Mother’s Day-related sale came earlier in the year. While that helped the company in the fiscal second quarter, it will hurt its sales in the third and fourth quarters. Kohl’s sank 7.4 percent to $60.61.

Banks fared better as the House of Representatives was expected to pass a bill that increases the threshold at which banks are deemed so big and so connected to the financial grid that if one were to fail it would cause major havoc. The legislation would roll back parts of the Dodd-Frank law, which was passed in the aftermath of the 2008 financial crisis. The measure passed the Senate in March with the support of Republicans and some Democrats.

Banks reported record profits in the first quarter of the year as last year’s corporate tax cut juiced their profits. BB&T Corp. gained 1.3 percent to $55.53 and Bank of America rose 1.1 percent to $30.89.

Severinovsky, of Schroders, said the bill wouldn’t make a major difference to banks, but it gave investors a reason to feel better about their prospects.

“These are very different businesses than the way we remember them in 2009,” she said, adding that banks have stronger balance sheets and are befitting from the improved economy and higher interest rates.

China followed up on a promise it made in April by reducing auto import duties effective July 1. That follows pledges to buy more US goods and end restrictions on foreign ownership in the industry. China is the world’s biggest auto market by number of vehicles sold as consumer bought 24.7 million SUVs, sedans and minivans in 2017, compared with 17.2 million for the US, the next-biggest market, United States.

Bond prices were little changed. The yield on the 10-year Treasury note remained at 3.06 percent.