Mainland A-share markets edged down on Monday after the central bank announced a reserve requirement ratio (RRR) cut on Sunday that could release a total of 700 billion yuan ($107 billion) into the market. Experts said administrative measures alone could not prop up the market. 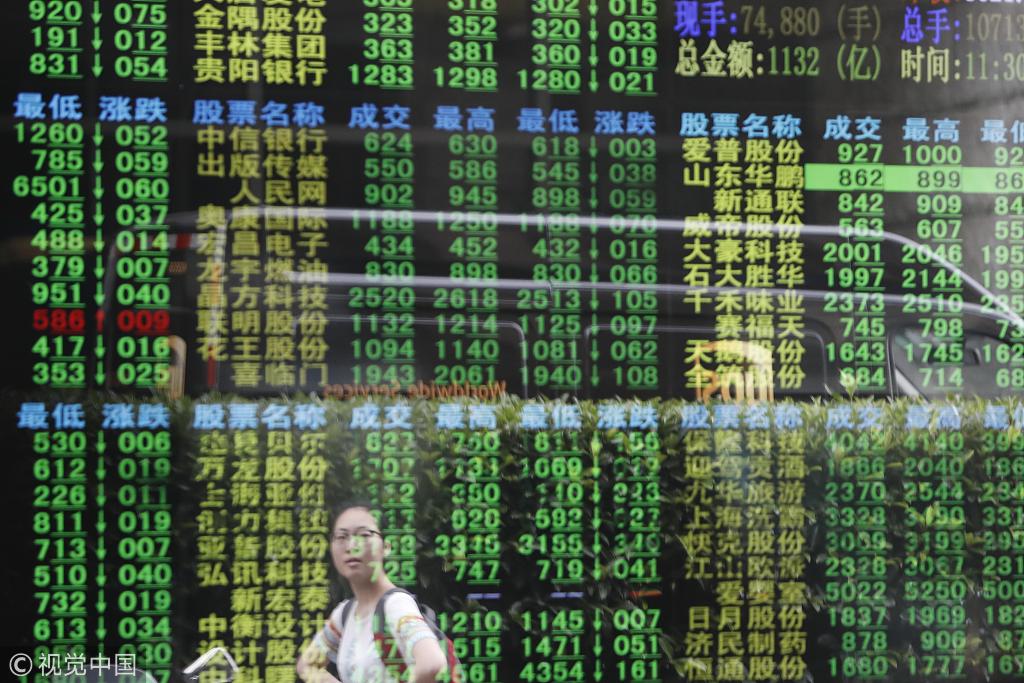 The mainland markets slightly rose around opening time during the morning session, but started to slide in the afternoon, failing to rebound after the announcement of an RRR cut by the central bank.

According to a post published Sunday on the official website of the People's Bank of China, China's central bank, the PBC's 0.5 percentage point cut for banks' RRR will release capital to supply debt-for-equity swap projects as well as ease financing difficulties for small and medium enterprises.

Xi Junyang, a finance professor at the Shanghai University of Finance and Economics, said that the RRR cut can only provide a transient market mood of positivity, but it can't reverse the investment trend.

"There are past examples like this, where investors responded slightly upward to a piece of good news, but stock markets still dropped afterward," he told the Global Times on Monday.

According to Xi, the A-share market now lacks momentum to pull itself upward, a trend that administrative measures are not powerful enough to affect.

The bond market was relatively stable on Monday, with the yield on the China 10-year bond slightly rising by 0.06 percent on Monday compared with the previous trading day, according to data from investing.com.

The yuan's central parity rate weakened by 89 basis points to 6.4893 against the US dollar on Monday.

Xi said that efforts at deleveraging have brought some tightening pressure to capital markets, and therefore a monetary loosening will be helpful to address a further tightening of the macroeconomic situation, he noted.

However, real estate analyst Zhang Dawei said that although the RRR cut is not aimed at supporting the real estate market, real estate will eventually benefit from the policy.

"Past experience has shown that every RRR cut is beneficial to the housing market by relieving capital pressures faced by real estate companies," he told the Global Times on Monday.