BUSINESS Stocks slip in Europe, Asia as US closed for holiday

Stocks slip in Europe, Asia as US closed for holiday 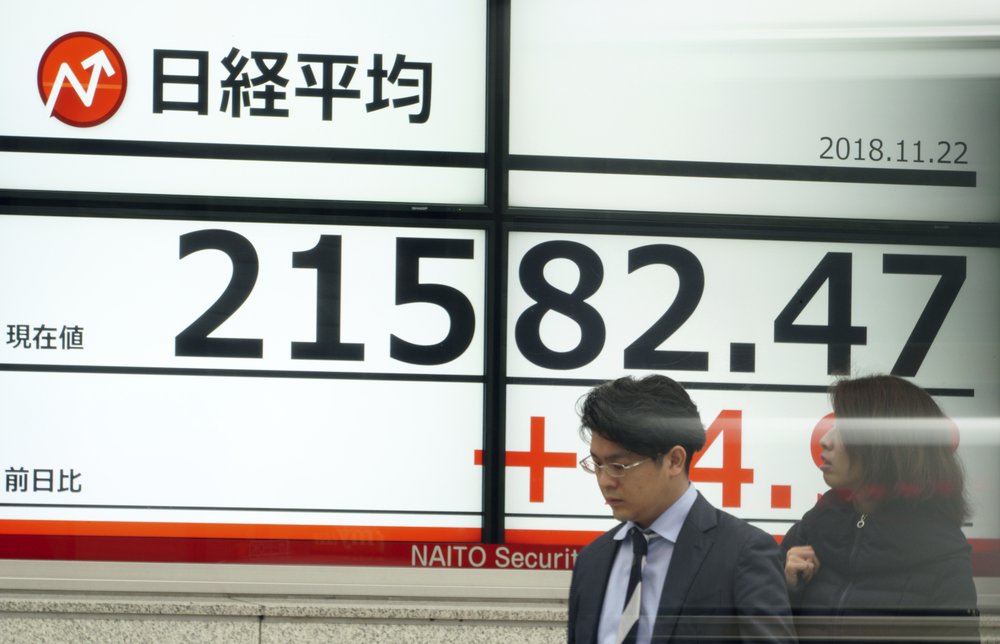 People stand in front of an electronic stock board showing Japan's Nikkei 225.index at a securities firm in Tokyo, Japan on November 22, 2018. (Photo: AP)

Global stock markets mostly fell Thursday as concerns about economic growth continued to weigh on sentiment and trading was thinned by the US Thanksgiving holiday.

BREXIT TALKS: The pound rose sharply after Britain and the European Union reached a deal in principle on future relations. The deal is due to be approved by EU leaders on Sunday but still faces uncertain prospect of passing the British parliament, where many lawmakers are unhappy with the terms. The deal aims to minimize the damage to business from Brexit by agreeing to negotiate a free trade deal.

TRADE OUTLOOK: Economic figures in the U.S. have raised further concerns about the impact of the ongoing trade disputes. Durable goods orders fell 4.4 percent last month from September, the largest amount in 15 months, with commercial and military aircraft leading the decline. Experts say this could point to adverse effects of a trade dispute between the U.S. and China, who have imposed additional tariffs on billions of dollars of each other’s goods. The issue adds to others on the mind of investors, including the profitability of the technology sector and the impact of higher interest rates on the economy.

ENERGY: Traders are also keeping an eye on oil prices, which fell sharply this week on the prospect of high supplies from major producers like the U.S. and Saudi Arabia. Benchmark U.S. crude lost 51 cents to $54.12 per barrel in electronic trading on the New York Mercantile Exchange. The contract gained $1.20 to close at $54.63 in New York. Brent crude, the international standard, shed 32 cents to $63.16. It finished 95 cents higher at $63.48 in London.