BUSINESS Stocks slump to 6-week low on US memorandum

Stocks slump to 6-week low on US memorandum

Fears of a trade war between the world's two largest economies jolted China's markets on Friday, with the country's main stock indexes tumbling the most in six weeks. 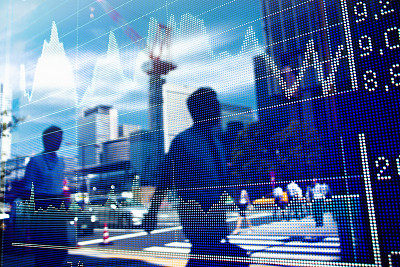 More than 400 stocks plunged by 10 percent, the daily maximum, during Friday's selloff, led by tech and materials firms targeted by, or seen as being most affected by, US tariffs.

Bucking the broader trend, a slew of local agriculture firms surged, including agricultural product processors as well as seed and pork producers, as they are expected to benefit from China's potential retaliatory measures against the US.

China urged the US to "pull back from the brink," while its embassy in Washington vowed the Chinese government would "fight to the end" in any trade war with the US.

For the short-term, analysts expect sour sentiment for China's A-share markets, as domestic investors have not fully "digested the impact of an imminent trade war" and tend to dump shares and adopt a wait-and-see risk-aversion attitude.

Some 4.21 billion locked shares will become eligible for trading between March 26 and March 30, according to Wind Info.