BUSINESS Stocks stumble as US yields near 3 percent barrier

Stocks stumble as US yields near 3 percent barrier 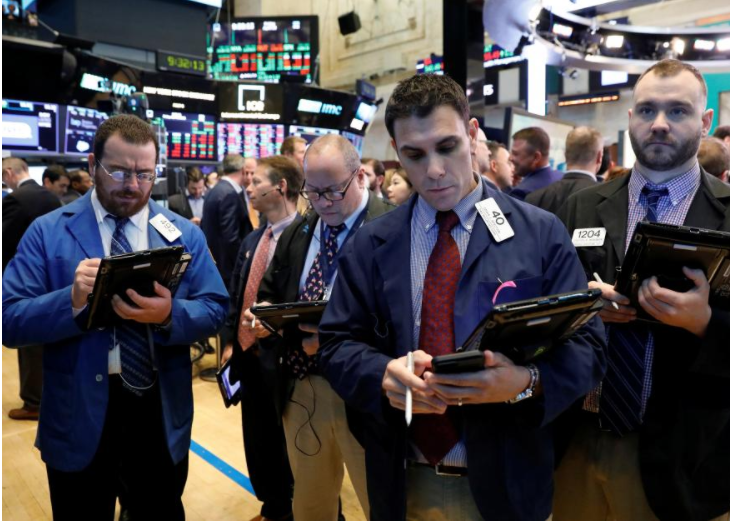 A gauge of global equity markets declined on Monday as US bond yields moved closer to the 3 percent level that has unsettled investors in recent months, while a fall in commodity prices pressured materials stocks.

US bond prices fell, with the 10-year yield hitting its highest in over four years at 2.998 percent. Investors are worrying about the growing supply of government debt and accelerating inflation as oil and commodity prices have been rising in recent weeks.

“That three percent on the ten-year is hugely important and many very bright people have thought of three percent as the tipping point, so to speak, in terms of providing an alternative to equities and also providing a shift in the narrative,” said Peter Kenny, senior market strategist at Global Markets Advisory Group, in New York.

Three-month aluminum on the London Metal Exchange CMAL3, which hit a seven-year high on Thursday, was last down 8.7 percent at $2,254.50 a tonne. Shares of aluminum company Alcoa tumbled 13.51 percent.

The climb in debt yields helped push the US dollar to a seven-week high, putting additional pressure on commodities and sending the euro and yen lower.

Oil prices were volatile, with crude recovering from earlier losses. Investors juggled downward pressure after Iran squashed hopes that OPEC would extend its production cap pact with support on fears US sanctions could dampen Iran’s output.

US stocks were little changed ahead of earnings from some big names in the technology and consumer discretionary sectors this week, with Amazon.com -0.6 percent and Microsoft flat.

All eyes are on US earnings, with more than 180 companies in the S&P 500 reporting results this week. They include Alphabet, Facebook, Boeing and Chevron.

They are expected to report their strongest first-quarter profit gains in seven years, at around 20 percent. Of the 92 companies that have reported through Monday morning, 77 percent have topped profit expectations, according to Thomson Reuters data.