Stocks tumbled Thursday on Wall Street, with technology companies suffering their worst loss in seven years, after Apple reported that iPhone sales are slipping in China. 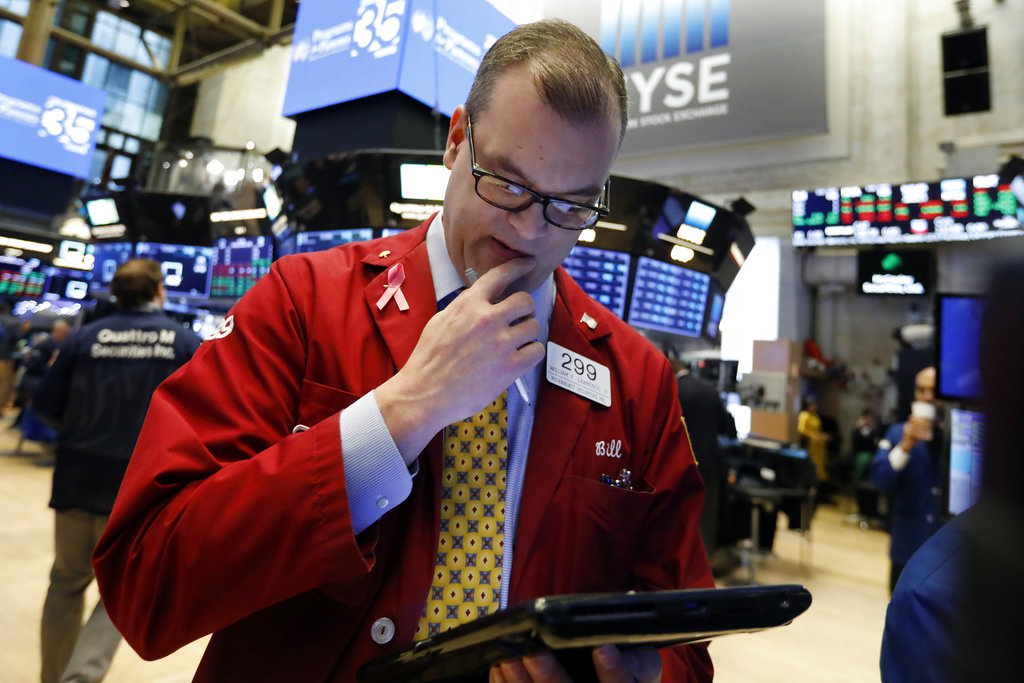 The rare warning of disappointing results from Apple stoked investors' fears that the world's second-biggest economy is losing steam and that trade tensions between Washington and Beijing are making things worse. The sell-off also came after a surprisingly weak report on US manufacturing.

Apple stock plummeted 10 percent, wiping out more than $74 billion of the company's market value. That's almost as much as Starbucks is worth and more than Lockheed Martin, Lowe's, Caterpillar, General Electric or Morgan Stanley.

"For a while now there's been an adage in the markets that as long as Apple was doing fine, everyone else would be OK," said Neil Wilson, chief markets analyst at Markets.com. "Therefore, Apple's rare profit warning is a red flag for market watchers. The question is to what extent this is more Apple-specific."

In a letter to shareholders Wednesday, Apple CEO Tim Cook said that iPhone demand is waning in China and that the company expects revenue of $84 billion for the quarter that just ended. That's $7 billion less than analysts expected.

Cook's comments echoed the concerns that have pushed investors to flee stocks over the past three months. The US stock market in 2018 posted its worst year in a decade.

US government bond prices surged, sending yields to their lowest level in almost a year, and gold and high-dividend stocks like utilities also rose as investors looked for safer places to put their money.

The Institute for Supply Management said its index of U.S. manufacturing fell to its lowest level in two years, and new orders have fallen sharply since November. Manufacturing is still growing, but at a slower pace than it has recently.

Apple's stock has slumped 39 percent since early October. The company also recently announced that it would stop disclosing how many iPhones it sold each quarter, a move many investors suspected was an attempt to hide bad news.

Among big industrial companies that could suffer from a drop in demand from China, Caterpillar declined 3.9 percent, Deere 2.7 percent and Boeing 4 percent.

"This situation is yet another example of how politics — in this case, the trade war — has exacerbated real but manageable economic concerns and turned them into something worse than they have to be," Brad McMillan, chief investment officer for Commonwealth Financial Network, wrote in a note to clients.