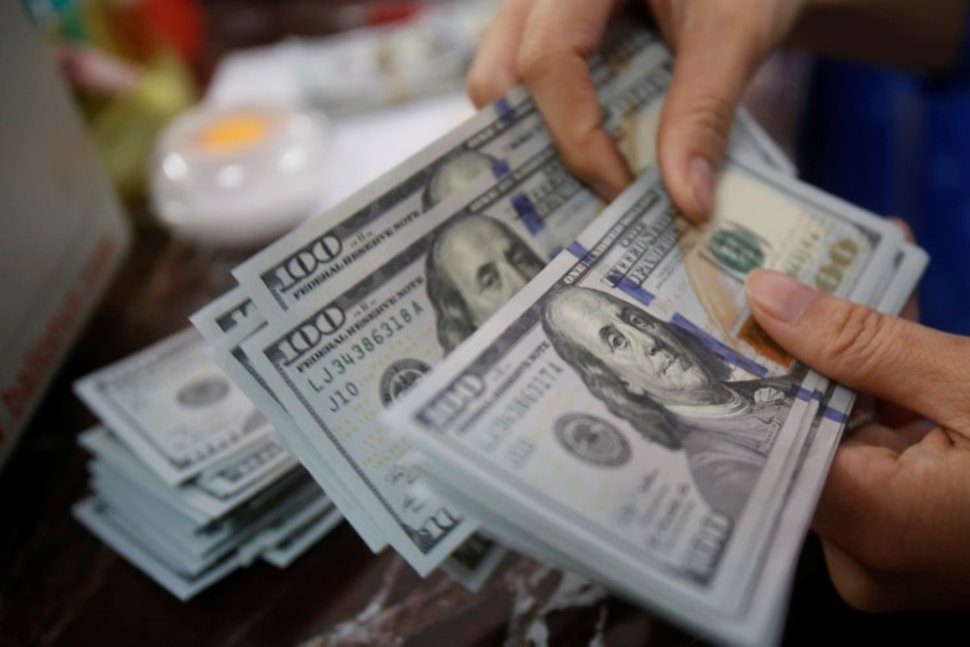 An employee of a bank counts US dollar notes at a branch in Hanoi, Vietnam May 16, 2016. REUTERS/Kham/File Photo

A gauge of global equity performance tumbled and the dollar strengthened against the Canadian and Mexican currencies on Thursday after President Donald Trump said the United States would impose tariffs on steel and aluminum imports next week.

The Canadian dollar and Mexican peso hit session lows after Trump vowed to rebuild American steel and aluminum industries at a meeting of U.S. industry officials at the White House.

The administration has said duties would protect U.S. companies, but critics say they would raise costs for industry and fail to deliver on a Trump campaign pledge to boost domestic jobs.

“It’s helping about a dozen stocks in those industries but has raised the specter of trade wars, and trade wars don’t help the stock market,” Tuz said.

While Powell tried to temper remarks he made on Tuesday that raised concerns about the potential for four interest rate hikes this year rather than the Fed’s forecast of three, Dudley was a bit more pointed and said four rate hikes would be “gradual”.

“By and large (Powell) painted the picture of an economy that is doing well and even a little bit better than expected, and that’s prompted fears of rising inflation. Four (rate hikes) this year is now the consensus I think,” Tuz said.

Art Hogan, chief market strategist at B. Riley FBR in New York, said tariffs have not worked historically and they cause retaliation.

“This is sort of working your way into a trade war which is a drag on the economy. It is also inflationary so if you are worried about inflation it is going to pump that up,” Hogan said. 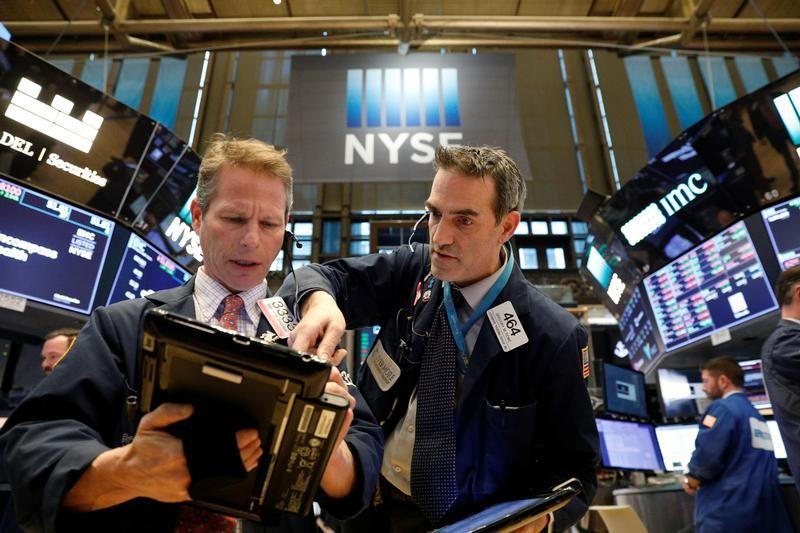 European markets had already closed by the time Trump’s comments about tariffs was reported. 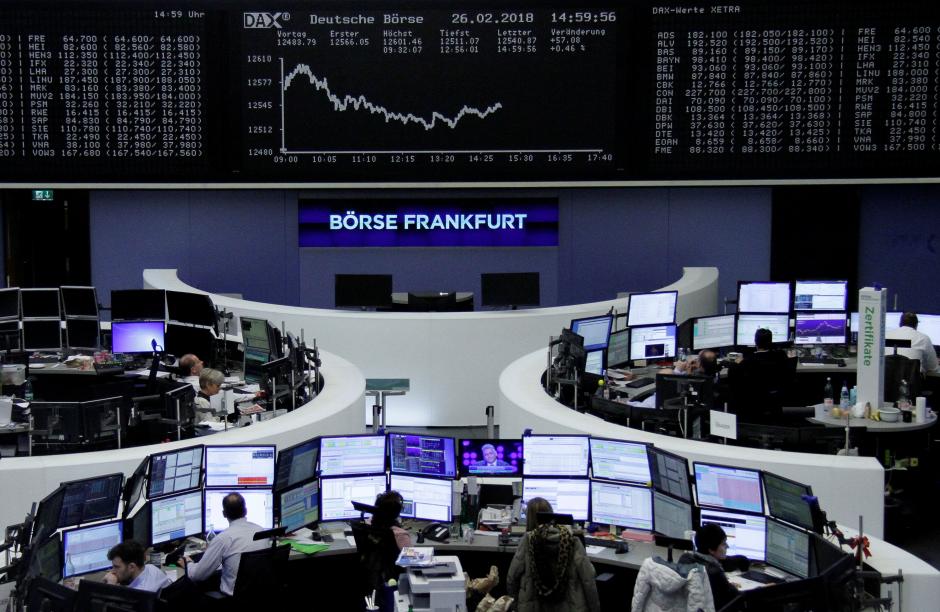 The German share price index, DAX board, is seen at the stock exchange in Frankfurt, Germany, February 26, 2018. REUTERS/Staff/Remote

The gap between short-dated U.S. borrowing costs and those in Germany was at its widest in over 20 years as the monetary policy outlooks by the Fed and European Central Bank for the two regions diverged.

“In the U.S. we have at least three rate hikes this year, but in the euro zone, there was some exaggeration about where inflation was heading so that is now being priced out and yields are moving to the downside,” said DZ Bank strategist Daniel Lenz.

Oil fell more than 1 percent, hitting two-week lows on pressure from a strong dollar and worries that surging U.S. crude output might thwart efforts by the Organization of the Petroleum Exporting Countries to drain global supply.