BUSINESS Stocks up after Senate tax vote; drop for tech hems in gains

Stocks up after Senate tax vote; drop for tech hems in gains 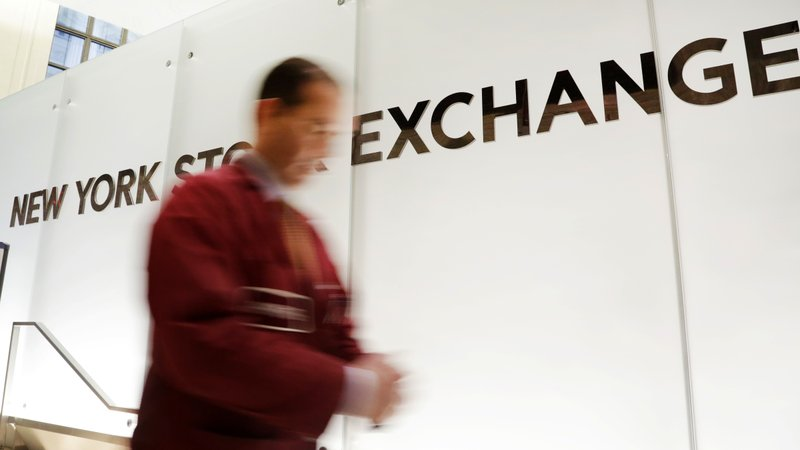 Stocks were hanging onto some of their early gains Monday afternoon on expectations that lower taxes will help corporate profits pile up even higher.

Congress moved closer to overhauling the U.S. tax system over the weekend, after the Senate narrowly approved its package of cuts.

Lower tax rates would help boost profits for companies, which already have been reporting resurgent earnings growth this year thanks to the improving global economy. If profits do accelerate further, it would help allay worries that the record-high stock market has climbed too far, too quickly.

Analysts also expect banks to be winners from the tax overhaul, and financial stocks in the S&P 500 climbed 1.8 percent.

Technology companies, meanwhile, will likely get less of a boost. They already were typically paying the lowest effective tax rates of the 11 sectors in the S&P 500, analysts said.

Tech stocks in the index were down 1.6 percent, lagging far behind the rest of the market. It’s a very different position for the sector, which has led the market for most of this year and has nearly doubled the performance of the S&P 500.

SHIFTING LANDSCAPE: “It’s not that the tax bill is negative for tech companies,” said Ernie Cecilia, chief investment officer at Bryn Mawr Trust. “It’s just less positive for it than for other areas. The message is that although tax reform seems to be a positive, we have to see how that will play out on individual companies and industries.”

Adding to the uncertainty is the work that remains for the tax overhaul to become law. The Senate and House of Representatives still need to iron out differences in their respective proposals, and Cecilia warned that stocks could see more ups and downs in coming days as more details come out about which companies will benefit or get hurt.

BUSY WEEK: Congress still has a packed schedule, even after the Senate pushed through its tax-overhaul vote a couple hours after midnight on Saturday morning. Washington faces a deadline on Friday to avert a shutdown of the government.

Friday is also the day when the government will release its monthly jobs report. That will be one of the last pieces of economic data that will arrive before the Federal Reserve meets next week to vote on interest rates. Many economists expect the central bank to approve the third rate increase of the year.

And hanging over everything in Washington is the investigation that continues into Russia’s involvement with last year’s presidential election. President Donald Trump’s former national security adviser has pleaded guilty to lying to the FBI and has agreed to cooperate with the probe, which could threaten the agenda set by Trump and his fellow Republicans in control of Congress.

MARKETS ABROAD: European markets rallied after the chief of the European Union said he was encouraged by last-minute progress in talks for the United Kingdom to leave the group.

YIELDS: The yield on the 10-year Treasury note held steady at 2.37 percent.

The two-year yield rose to 1.80 percent from 1.78 percent and earlier in the day touched its highest level since autumn 2008, when the financial crisis was in full effect. The 30-year yield climbed to 2.77 percent from 2.76 percent.