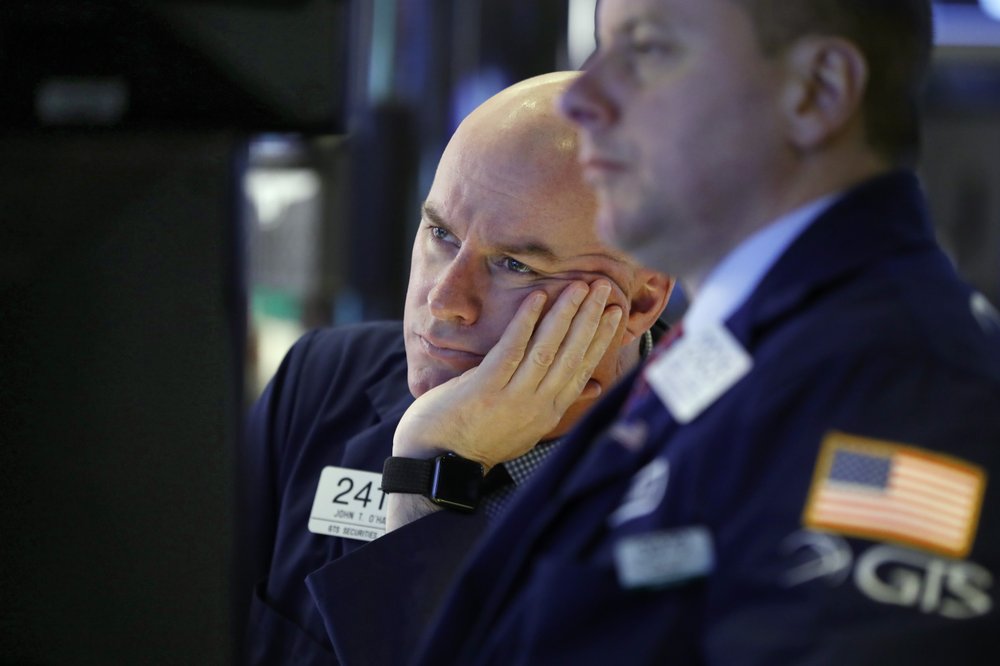 Stocks are mixed Thursday as technology and industrial companies climb following some better-than-expected quarterly reports from companies including chipmakers and airlines. Spice maker McCormick and other household products companies are sinking, and drugmakers are down as well.

The European Central Bank confirmed that it plans to leave interest rates unchanged until this summer at least, and left its support from the European economy unchanged despite a variety of concerns including trade tensions, slowing economic growth, and the effects of Britain’s pending departure from the European Union.

Almost two-thirds of the stocks on the New York Stock Exchange traded higher.

GETTING CHIPPY: Chipmakers soared after months of struggles. Xilinx surged 18.5 percent to $106.10 after its third-quarter results topped expectations. The company said it’s benefiting from the expansion of 5G wireless networks in South Korea and preparations for deployment in China and North America, while several automakers are talking about using Xilinx products in autonomous cars.

Lam Research gained 14.8 percent to $160 and Texas Instruments rallied 5.8 percent to $100.99 after their reports. Elsewhere, Nvidia jumped 5.1 percent to $156.96 and Intel gained 3.4 percent to $49.59. The Philadelphia Semiconductor Index hit its highest level since early December.

THE QUOTE: Brad McMillan, chief investment officer for Commonwealth Financial Network, said Wall Street analysts had become pessimistic in the last few months and thought this round of company earnings might be a big disappointment. As a result, they cut their forecasts for companies.

“There’s an expectation that things are going to be terrible, but in fact things aren’t terrible at all,” he said. McMillan added that results from banks have been good, which suggests the US economy is in decent shape.

“That’s a sign, for all the worries about the economy, that things aren’t as bad as people think they are,” he said.

TURBULENCE WARNING: American Airlines rallied 4.7 percent to $33.15 after reporting solid results in its latest quarter, and Southwest climbed 5.6 percent to $53.87. JetBlue jumped 4.4 percent to $18. Some carriers warned, however, that the partial shutdown of the federal government will cost them money in January. Southwest said the shutdown could cost up to $15 million, echoing Delta’s warning earlier this month that it would cost that company $25 million in revenue.

I THINK I CAN: Railroad operator Union Pacific rose 2.4 percent to $158.01 after the company said it delivered more freight in the fourth quarter and increased prices. Its profit and revenue both topped Wall Street expectations. Also helping industrials was helicopter and small aircraft maker Textron, which advanced 5.9 percent to $52.09.

SOUR TASTE: McCormick slumped 11.8 percent to $122.62 after its quarterly profit and revenue both fell short of expectations. Investors were also disappointed with the spice and seasonings company’s forecasts for 2019. The household goods maker has been a strong performer in recent years and is on track for its biggest loss since September of 1980.

The ECB is aiming to raise rates even though the European economy has cooled as countries including Germany have lost some strength. Schroders Investment Strategist Marina Severinovsky said the bank probably should have started raising rates in 2017, when the global economy was growing at a stronger pace.

“The ECB probably missed a key opportunity when markets were riding high,” she said. “That may have been a time to move with more decisiveness.”

ENERGY: US crude oil rose 1 percent to $53.13 per barrel in New York. Brent crude, used to price international oils, remained at $61.16 per barrel in London.