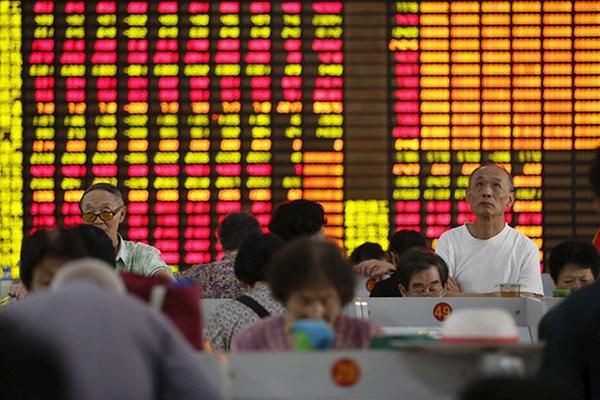 Companies that endanger public health would be forced to delist

The China Securities Regulatory Commission announced it has amended the rules on the delisting criteria of A-share listed companies, and experts are saying this will improve governance and crack down on speculative activity.

"China's securities regulator has specified corporate behaviors that will trigger delisting from stock exchanges in the revised rules, which will make compulsory delisting more doable and improve the efficiency of delisting processes," said Dong Dengxin, a finance professor at Wuhan University of Science and Technology.

"The country is tightening governance to clean up the corporate sector and promote the healthy development of the Chinese stock market," Dong said.

He added that the move will deter companies in related industries from violating laws and regulations and encourage them to be more vigilant in self-regulation, thus raising management skills and the quality of products.

The regulatory commission announced in a statement Friday night that A-share listed companies could be suspended or delisted for fraud, failing to disclose significant information and engaging in activities that harm national security, public safety, workplace safety, the environment or public health.

Under the previous regulations, published in 2014, companies could face delisting only for "major violations of law".

Li Shuguang, a law professor at China University of Political Science and Law, said that harming public health was added to the list of offenses in response to the recent vaccine scandal, which set off a public uproar and discussion on whether Changsheng Bio-Technology Co should be delisted.

The Shenzhen-listed vaccine-maker was accused of selling 252,600 doses of a substandard vaccine for diphtheria, pertussis and tetanus, as well as tampering with production data for its rabies vaccine.

Local police have requested warrants to arrest 18 of the company's executives, according to the police statement on Sunday.

Hong Hao, the chief strategist at BOCOM International Holdings Co, said that it was to crack down on speculative activities that the regulatory commission amended the delisting rules.

"Previously, speculators would seek some listed companies with poor performances for a backdoor listing, but that will be much more difficult now," Hong said.

The Shenzhen Stock Exchange vowed on Sunday to strictly apply the amended and updated delisting rules. In particular, it promised to delist each and every company that seriously endangers market order and the public interest causing a significant social impact.