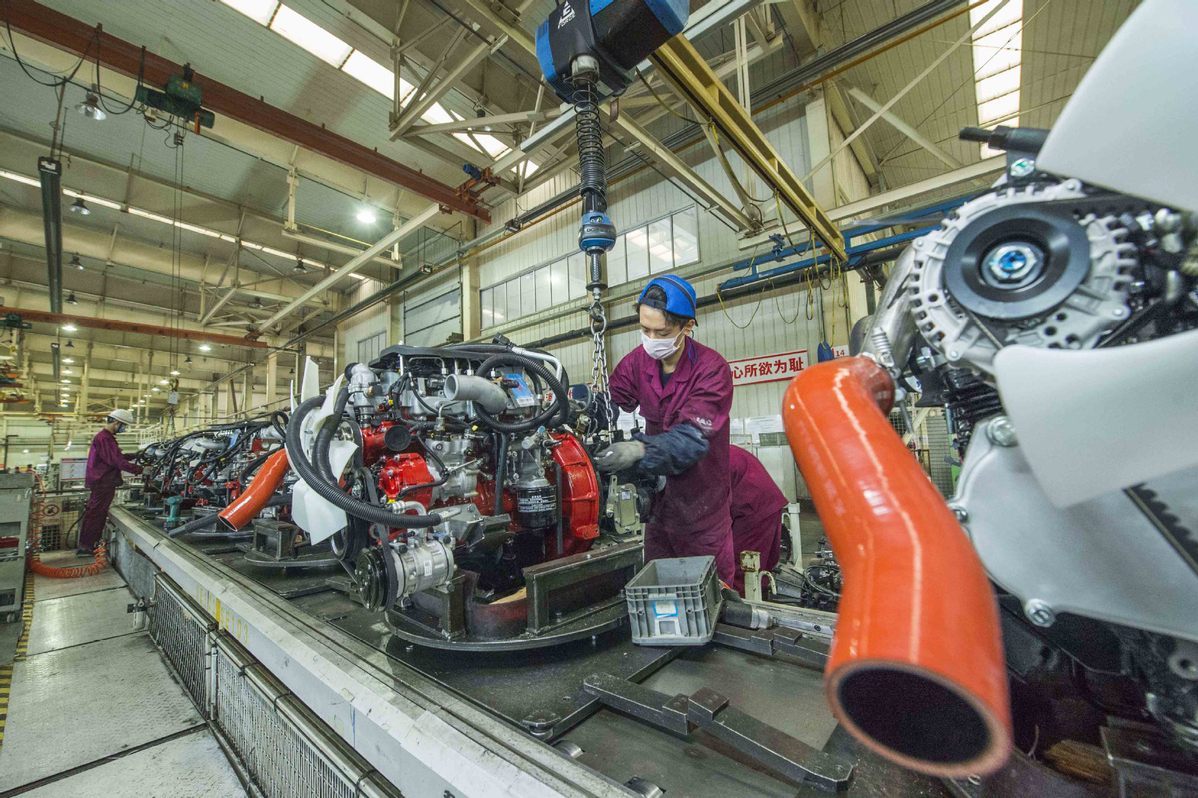 A worker operates on a production line for automobiles in Qingzhou, East China's Shandong province, on Oct 31. (Photo: Xinhua)

Chinese factories have been ramping up as their manufacturing activity last month hit the highest level in almost a decade, shaking off the impact of the novel coronavirus pandemic, Nippon Hoso Kyokai reported on Monday.

The report is based on a closely-watched private survey: the Caixin/Markit Manufacturing Purchasing Managers' Index.

The survey found China's Manufacturing Purchasing Managers' Index stood at 53.6 in October, its strongest showing since January 2011. For six months, it has been above the key level of 50, indicating expansion.

The survey comes after the government issuance of the manufacturing PMI over the weekend. Its number came in at 51.4, down from 51.5 in September, but above 50 for the eighth straight month.

Asian shares were also mostly higher on Monday, buoyed by further signs of recovery in China's manufacturing sector, according to the Associated Press.

Chinese officials said the country's economy is recovering steadily, but warned demand for products from small companies needs to improve, according to NHK.