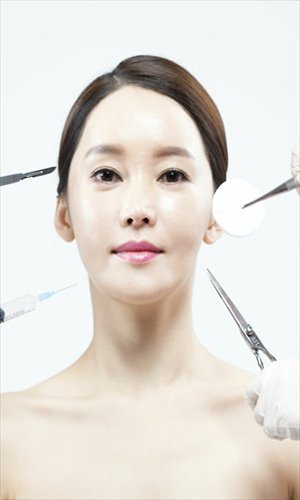 Due to the rapid development of plastic surgery and celebrities openly admitting to procedures, more Chinese are willing to admit to and talk about cosmetic enhancements. (Photo: IC)

Consumers of Chinese cosmetic surgery in the summer holidays are getting younger - with more college students and high school graduates - according to an industry report which also highlighted rampant unqualified beauty institutions.

Students dissatisfied with their appearance accounted for 51 percent of consumers in the summertime, 20 percent of them male, according to the 2019 Summer Medical Beauty Report released by Gengmei cosmetic surgery app  based on data from its 36 million users and more than 8,000 beauty institutions in June, July and August.

The report noted that people born between 1990 and 1995 contributed 73 percent of spending on cosmetic surgery and those born after 2000 contributed 5 percent.

The result was echoed by an employee of a Beijing-based beauty institution who told the Global Times on Sunday on condition of anonymity that many university students came to their institution as they were dissatisfied with their facial outline.

Hyaluronic acid injection, facelift and eyelid surgery are the three most popular, the report said.

Nearly 70 percent of cosmetic surgery consumers said they did not bother checking on the qualifications of the institutions and nearly 30 percent said they had encountered unqualified institutions.

"Although cosmetic surgery can improve the appearance somewhat, an error during surgery will not only cause the patient's face to look unnatural or worse, but also risk their life," the anonymous beauty care worker told the Global Times on Sunday.