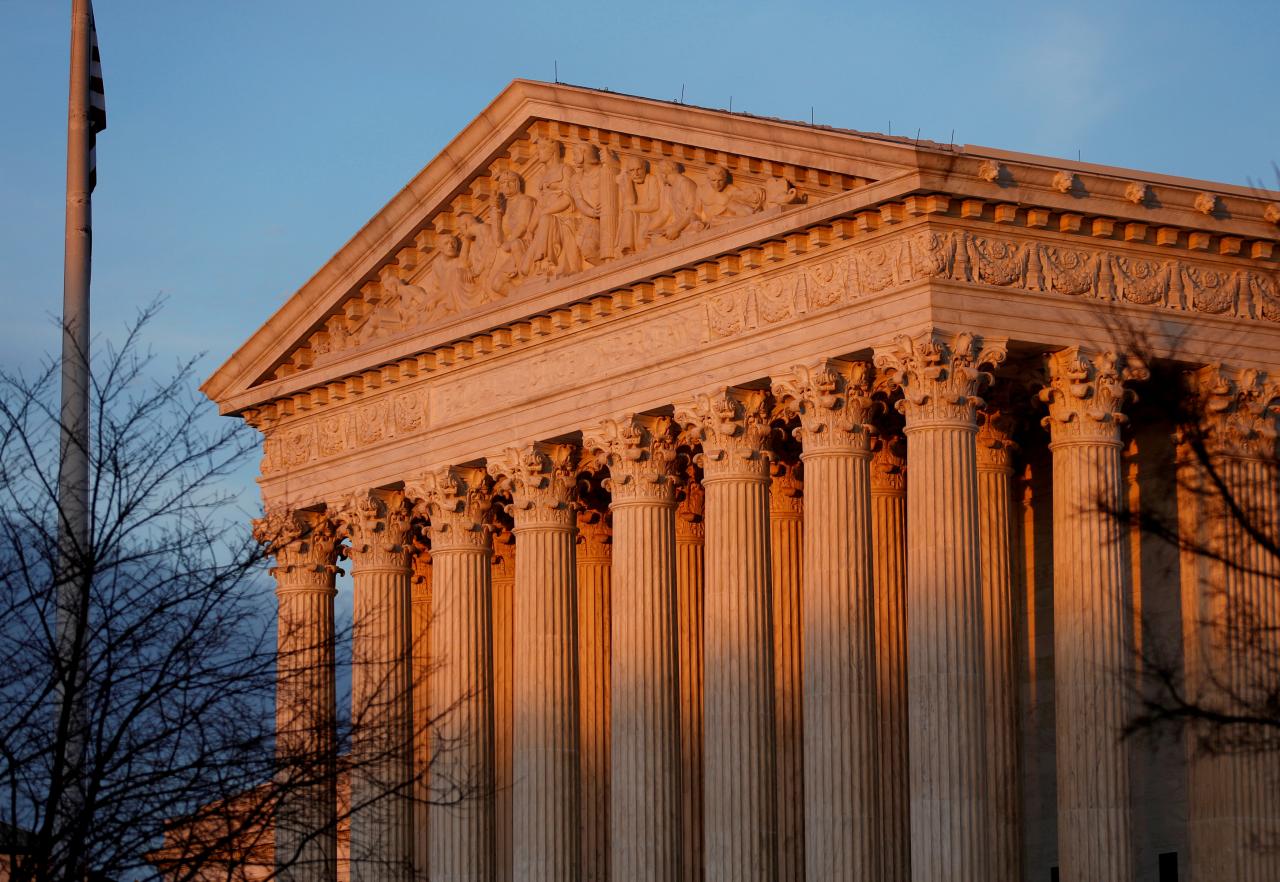 Light from the setting sun shines on the Supreme Court in Washington, DC, US, January 20, 2018 (Photo:AP)

The Supreme Court handed American Express a win Monday in a lawsuit over rules it imposes on merchants who accept its cards.

American Express has defended its practices. The Supreme Court noted that the company has traditionally charged higher fees to merchants than competitors because it delivers wealthier cardholders who spend more money. American Express uses its higher merchant fees to offer its cardholders better rewards.

On Monday the high court ruled 5-4 in favor of American Express, allowing it to continue to bar merchants from steering customers to cards with lower fees.

“In this case, we must decide whether Amex’s antisteering provisions violate federal antitrust law. We conclude they do not,” Justice Clarence Thomas wrote in an opinion for himself and his conservative colleagues, Chief Justice John Roberts and Justices Anthony Kennedy, Samuel Alito and Neil Gorsuch. Thomas said “Amex’s business model has spurred robust interbrand competition and increased the quality and quantity of credit-card transactions.”

American Express cheered the ruling in a brief statement after it was announced.

“The Supreme Court’s decision is a major victory for consumers and for American Express. It will help to promote competition and innovation in the payments industry,” the statement said.

Justice Stephen Breyer, who used to teach antitrust law at Harvard University, wrote a dissenting opinion for himself and three liberal colleagues, Justices Ruth Bader Ginsburg, Sonia Sotomayor and Elena Kagan. Breyer, who took the unusual step of reading a summary of his dissent from the bench, said the court’s decision was “contrary to basic principles of antitrust law.”

The retail industry also expressed displeasure with the ruling. “Today’s ruling is a blow to competition and transparency in the credit card market,” National Retail Federation general counsel Stephanie Martz said in a statement. “The American Express rules in question have amounted to a gag order on retailers’ ability to educate their customers on how high swipe fees drive up the price of merchandise.”

The case the Supreme Court ruled in dates to 2010 when the Obama administration and more than a dozen states sued American Express along with Visa and MasterCard, which had similar antisteering rules. Visa and MasterCard agreed to change their practices. American Express decided to go to trial. The company accounts for about a quarter of the credit card market in the United States as measured by transaction volume and has about 50 million cards in circulation in the United States.