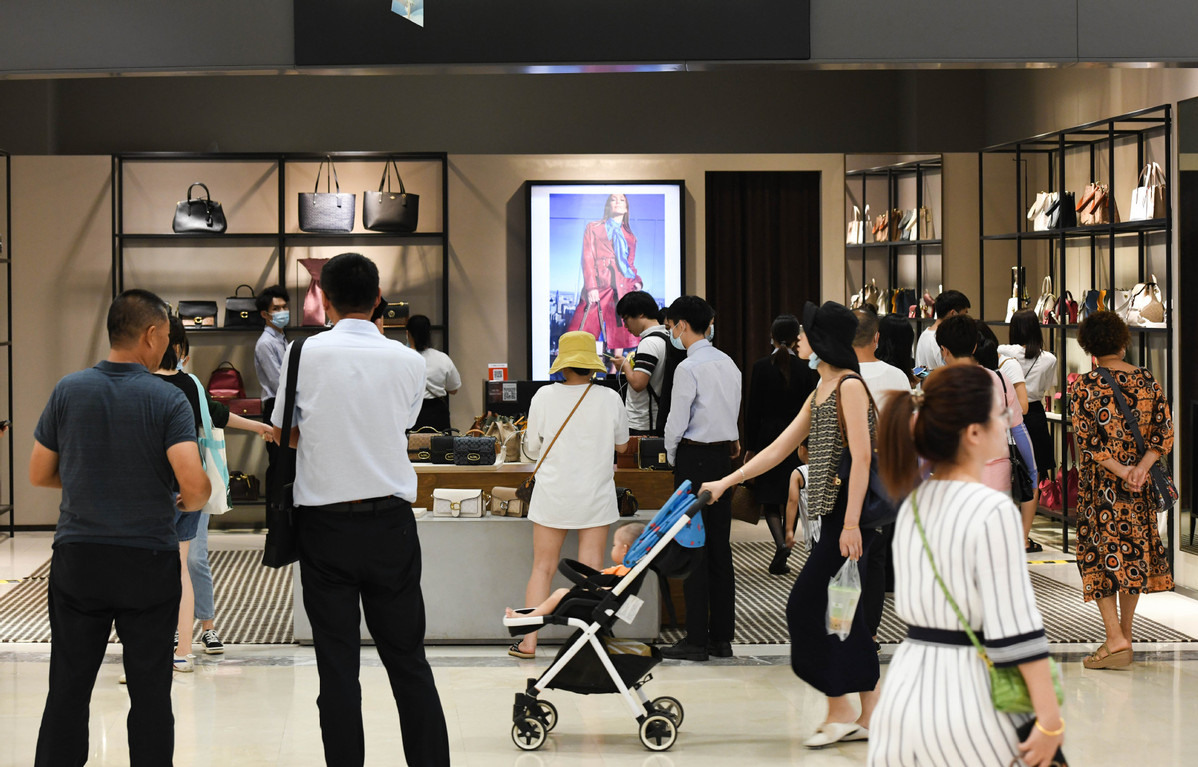 Customers purchase goods at a duty-free store of a shopping mall in Haikou, South China's Hainan province, on July 12, 2020.

HAIKOU, Jan. 4 (Xinhua) -- Duty-free sales in China's island province of Hainan reached 540 million yuan (about 83.6 million U.S. dollars) during the three-day New Year holiday, an increase of 195.16 percent year on year, Haikou Customs said Monday.
Hainan's offshore duty-free shops received some 76,000 customers and sold 669,000 products during the period, up 80.9 percent and 200 percent year on year, respectively.
From July 1, 2020, Hainan increased its annual tax-free shopping quota from 30,000 yuan to 100,000 yuan per person. The categories of duty-free goods have been expanded from 38 to 45, with some electronic products such as mobile phones and laptops added to the list.
The previous tax-free limit of 8,000 yuan for a product has also been lifted, and the number of categories with a single-purchase quantity limit has been significantly reduced.
Since the upgrade of the policy, duty-free sales hit 19.99 billion yuan by the end of 2020, up 191.6 percent year on year.
Adding to the previous four offshore duty-free shops -- two in the capital city Haikou, one in Qionghai and another in the popular resort city of Sanya, three new shops opened on Dec. 30, 2020 in Sanya, one at Sanya Phoenix International Airport and two in downtown.
Haikou will open another three offshore duty-free shops. The one at Haikou Meilan International Airport will open for business after terminal 2 begins operation while the other two are scheduled to open ahead of the upcoming Spring Festival, which falls on Feb. 12.