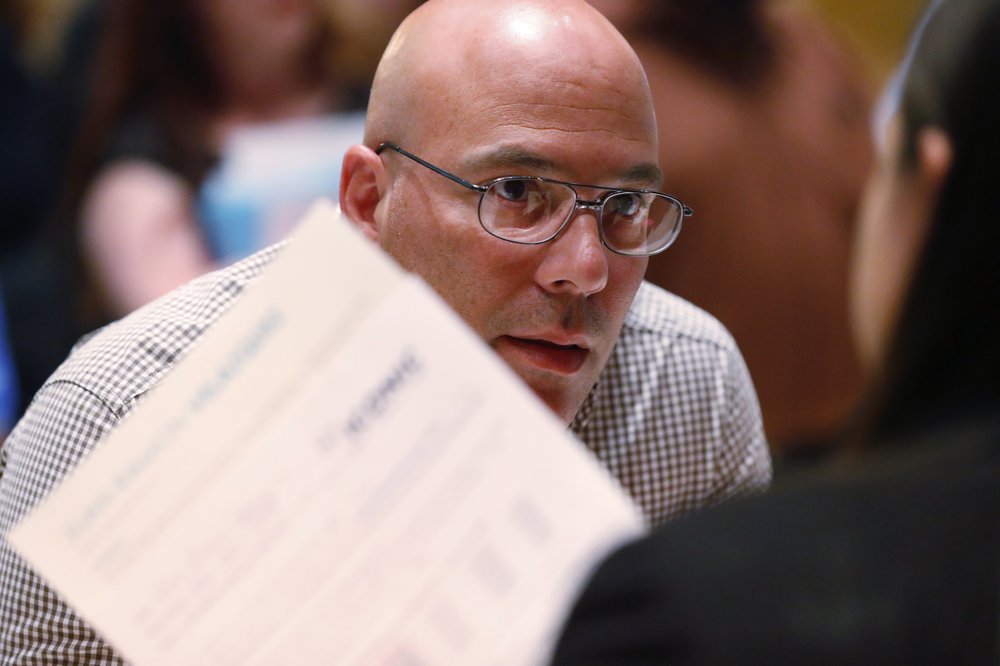 In this June 4, 2019, file photo, job applicant Juan Ramon Velazquez answers questions as he is called up at the Seminole Hard Rock Hotel & Casino Hollywood during a job fair in Hollywood, Fla.  (Photo: AP)

The US companies added healthy 156,000 jobs in July with larger firms accounted for much of the gains, a private survey found.

Payroll processor ADP said Wednesday that there was solid hiring in the construction, transportation, health care and leisure and hospitality sectors. But smaller companies are struggling to find talent after years of robust job growth. Businesses that have fewer than 20 employees shed workers for the third straight month.

Mark Zandi, the chief economist at Moody’s Analytics, said that the “job market is throttling back” because of factors such as labor shortages and trade tensions that are weighing on business sentiment.

Zandi said that the import taxes imposed by President Donald Trump appear to have caused a decline in manufacturing, which appears to have peaked with monthly gains of 25,000 at the end of last year and have since fallen.

Population growth means the US economy needs to add roughly 100,000 to 120,000 jobs monthly to keep the unemployment from rising. Average job gains have declined over the year, but they’re running above a pace that could cause the jobless rate to increase. The tighter labor market could correspond with faster wage growth.

The ADP’s figures don’t include government hiring and frequently diverge from the government’s official report, which is scheduled to be released Friday. Economists expect that report will how the addition of 163,000 jobs, while the unemployment rate holds at 3.7%.