US companies added just 102,000 jobs in June, a possible turning point that could signal a coming increase in the unemployment rate. 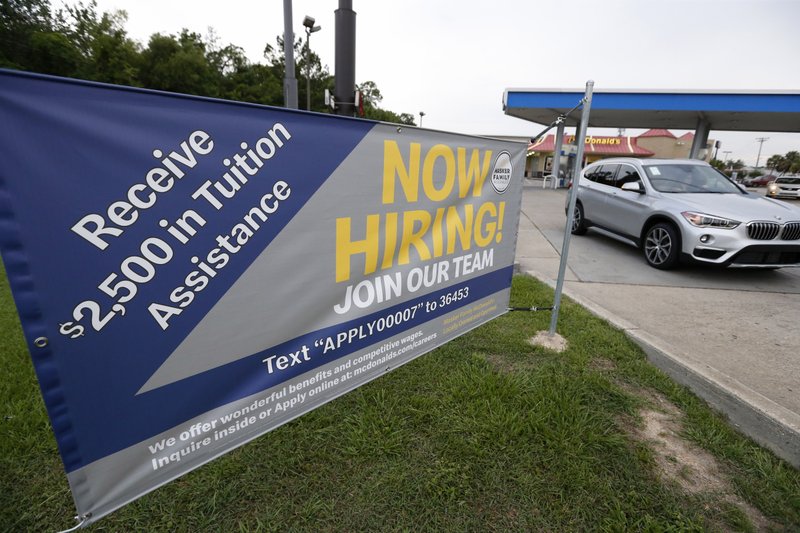 Payroll processor ADP said Wednesday that the meager gains — after just 41,000 jobs were added in May — indicate a slowdown in the economy. The job growth of the past two months has not been substantial enough to keep pace with population growth, potentially indicating that the government’s unemployment rate of 3.6% could rise, said Mark Zandi, chief economist at Moody’s Analytics.

“It looks like unemployment is close to its bottom in this business cycle and will begin to move higher,” Zandi said. “It is now clear that the slowdown we’re experiencing is significant and the economy is very close to what I would call a stall-out speed.”

The economy just achieved the longest expansion in US history, having grown for more than a decade. But a slowdown in manufacturing output and declines in construction spending have raised questions about whether the economy is losing momentum.

ADP said that businesses with fewer than 20 employees cut 37,000 jobs. Construction firms let go 18,000 workers. Most of the gains came in the health care, education, professional services and trade and transportation sectors.

The ADP’s figures don’t include government hiring and frequently diverge from the government’s official report, which is scheduled to be released Friday. Economists expect that report will show job gains of 164,000, while the unemployment rate stays 3.6% for the third straight month.