BUSINESS Survey: US companies added a solid 163,000 jobs in August

Survey: US companies added a solid 163,000 jobs in August 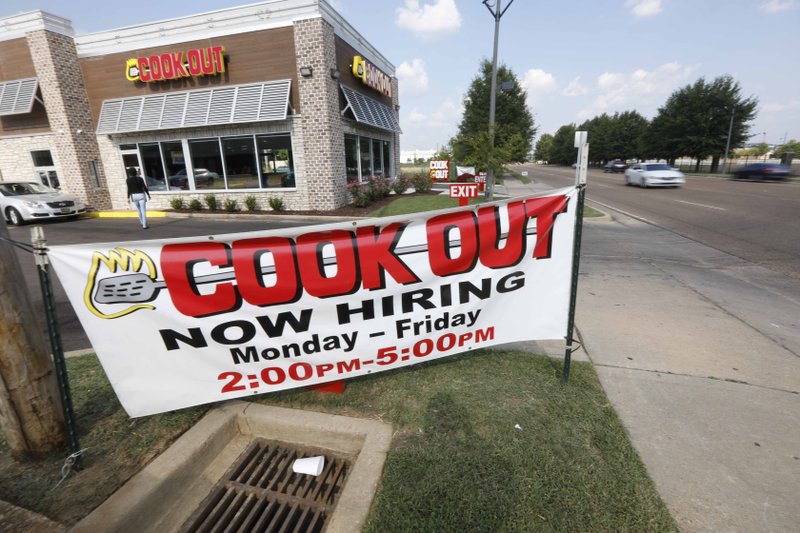 U.S. businesses added 163,000 jobs in August, a private survey found, a decent gain that suggests that employers are confident enough to keep hiring.

Payroll processor ADP said Thursday that the job gains were the fewest since October. But last month’s pace of hiring is still enough to lower the unemployment rate over time.

Solid economic growth is underpinning an optimistic outlook among businesses. Growth reached 4.2 percent at an annual rate in the April-June quarter, the fastest pace in four years, spurred by tax cuts and robust consumer spending.

ADP’s hiring figures come a day before the government will release its official jobs data for August. Economists have forecast that Friday’s report will show that employers added a solid 189,000 jobs last month, according to data provider FactSet.

The job gains ADP reported for August were much lower than the 217,000 that it said were added in July. Hiring by small businesses — defined as those with fewer than 50 employees — remained sluggish last month and depressed overall job growth.

Mark Zandi, chief economist at Moody’s Analytics, said that with the unemployment rate at a low 3.9 percent, smaller companies are having a harder time finding workers. Larger firms are typically able to offer high pay or more benefits and can pull in more employees as a result.

Hiring was particularly strong last month for medium-sized companies, with 50 to 499 employees.

Ian Shepherdson, chief economist at Pantheon Macroeconomics, lowered his forecast for August hiring to 170,000 after the ADP report was issued.

“This is a bit disappointing but hardly a disaster,” Shepherdson said.

ADP compiles hiring data from millions of companies that are clients of its payroll services. Its figures frequently diverge from the government’s data but tend to approximate them over time.