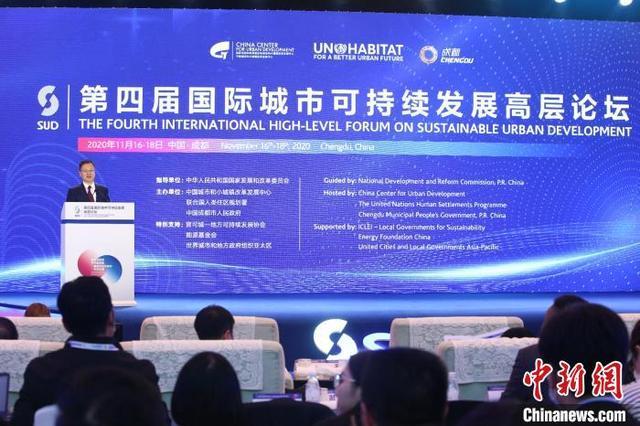 The Fourth International High-Level Forum on Sustainable Urban Development is held in Chengdu from Nov 16 to 18.(Photo: agencies)

The Fourth International High-Level Forum on Sustainable Urban Development, organized by the China Center for Urban Development (CCUD), the United Nations Human Settlements Programme (UN-Habitat) and Chengdu Municipal Government in Sichuan province, was held in Chengdu from Nov 16 to 18.

Su Wei, deputy secretary-general of National Development and Reform Commission, delivered the opening speech for the forum. Maimunah Mohd Sharif, the UN-Habitat executive director, sent a video speech of congratulations. Yang Weimin, member of the standing committee of the 13th National Committee of the Chinese People's Political Consultative Conference and deputy director of the Economic Committee, made a keynote speech. Edward Glaeser, professor of economics at Harvard University and author of Triumph of the City, gave a keynote speech and shared his opinions with the media through the internet.

Su said the forum had been held in Chengdu for three successive sessions, making it an important platform to showcase best practices for sustainable urban development.

He revealed Chengdu would be the permanent location for the forum. Making significant achievements and being the first to experiment on the theory of "park city", Chengdu was able to provide the world with Chinese wisdom and the "Chengdu model" on the realization of high-quality sustainable city development, he said.