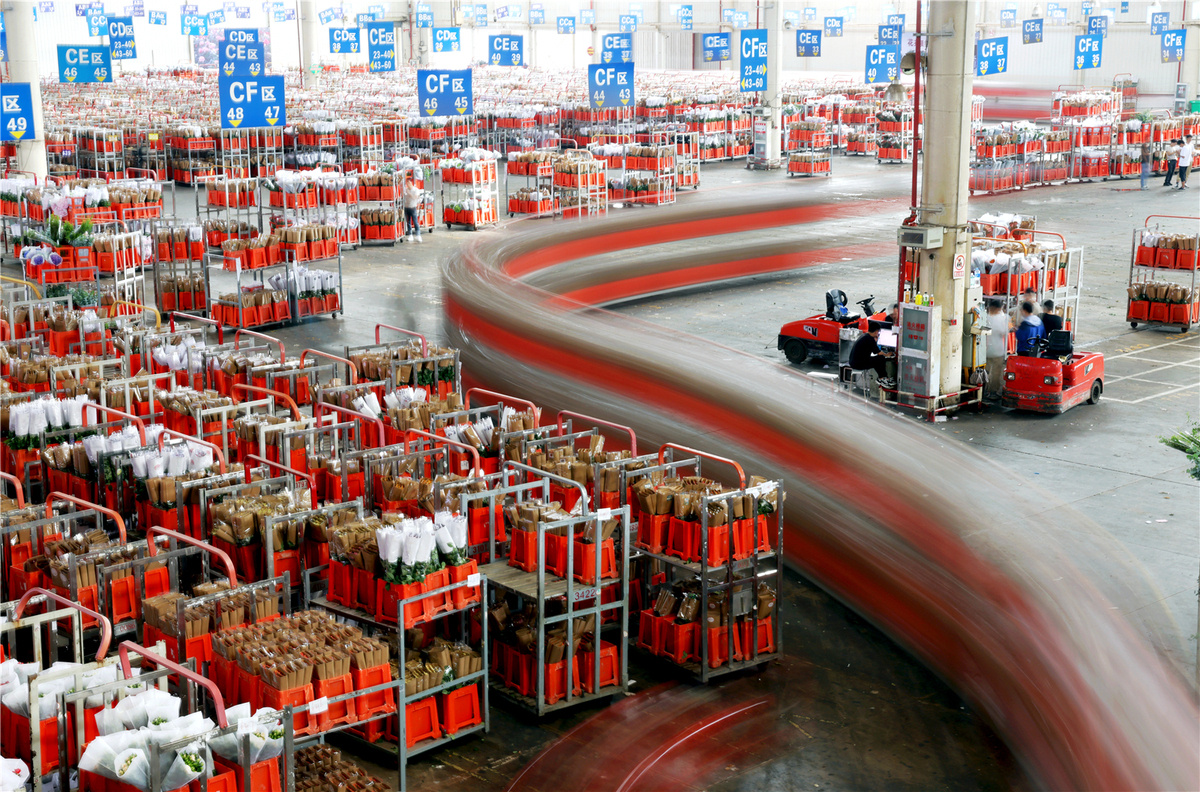 Freshly cut flowers are placed in storage racks ahead of being traded at the Dounan International Flora Auction Trading Center in Kunming of Yunnan province. (Photo: China Daily)

The total import and export values reached 54.58 billion yuan (about $8.4 billion) in the January-February period, up 86.2 percent year-on-year, data from the provincial statistics bureau showed.

The province's retail sales of consumer goods reached nearly 153.23 billion yuan in the period, a year-on-year increase of 23.1 percent.