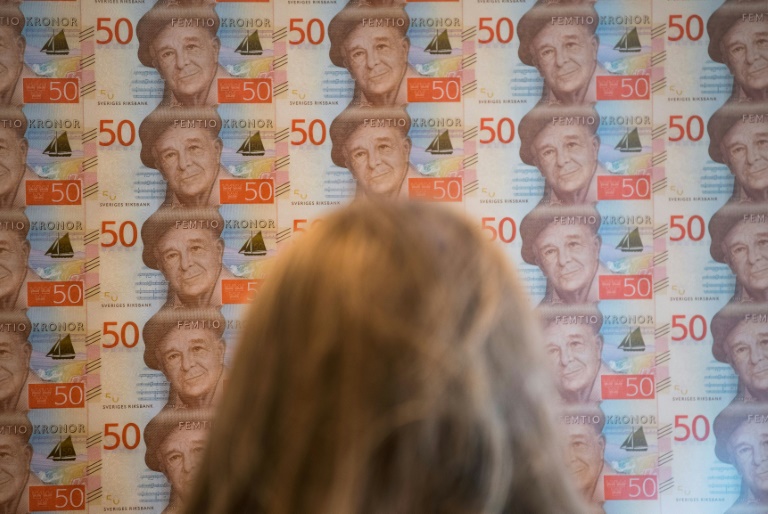 People visit an exhibition containing private banknotes at the head office of the Riksbank, Sweden's Central Bank in Stockholm on September 22, 2018 (Photo: AFP)

Sweden's central bank hiked Thursday interest rates for the first time in seven years, raising the main repo rate by a quarter of a point to -0.25 percent.

"As inflation and inflation expectations have become established at around 2 percent, the need for a highly expansionary monetary policy has decreased slightly," the Sveriges Riksbank said in a statement.

Sweden's central bank, like the ECB in the neighbouring eurozone, took interest rates into negative territory to prop up economic activity.

"Economic activity is strong and the conditions are good for inflation to remain close to the inflation target in the period ahead," it added.

The bank tipped the next rise in the repo rate for the second half of 2019, saying that monetary policy needs to remain cautious given "still considerable uncertainty over global economic developments", pointing to Brexit and the trade conflicts between the US and several nations.

"With a repo rate of −0.25 percent, monetary policy is still expansionary and will thereby continue to support economic activity," the central bank said.

It added that "the pacing of rate rises in the period ahead will be adjusted according to the development of the economic outlook and inflation prospects."