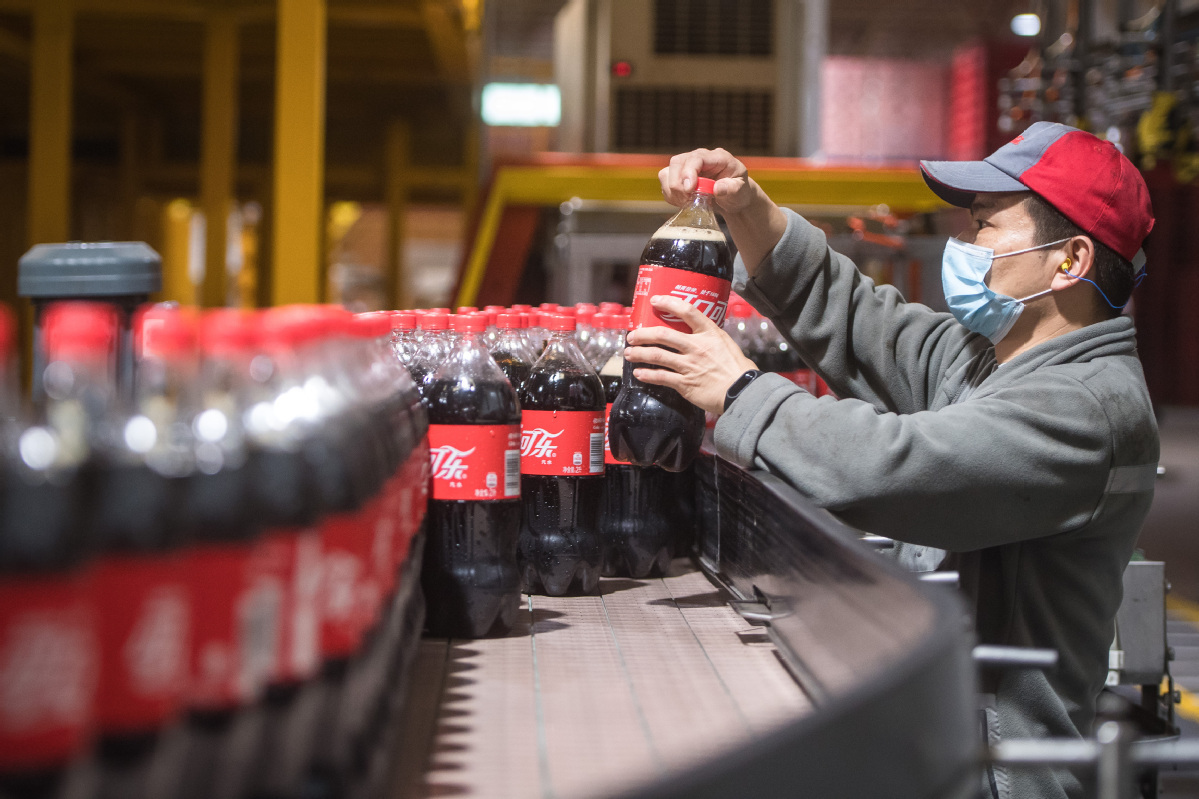 Swire Coca-Cola Ltd, a bottler of Coca-Cola beverages, said it will ramp up investment, hiring, product categories and digitalization efforts in China, to cash in on the rapid growth of its businesses in the world's second-largest economy despite the challenges posed by the COVID-19 outbreak.

Karen So, managing director of Swire Coca-Cola, said the company currently has 18 factories in 11 provinces and the Shanghai municipality on the Chinese mainland, and these play an important role in its business growth.

According to So, the company has reaffirmed its commitment to make further investments in China by setting up the headquarters in Shanghai and remains bullish on future prospects in the beverage market.

"The novel coronavirus outbreak has had an effect on our business in February and March, but the sales of health drinks, such as sugar-free Coca-Cola, were largely unaffected by the pandemic and maintained high growth rates during and after the outbreak," So said.

She said that the 200 milliliter mini cans were extremely popular among Chinese consumers, most of whom had been confined to their homes for online courses or playing online games for several months as part of the virus containment efforts.

According to So, the traditional sale channels have been altered as more consumers switched to online purchases and chose on-demand delivery services or online-to-offline platforms. She said they have strengthened cooperation with O2O and fresh produce e-commerce platforms to provide packaging suitable for consumers confined to homes.

As the fifth largest bottling group in the Coca-Cola system globally, Swire Coca-Cola has partnered with The Coca-Cola Co for more than 50 years. So said that the company's revenue fell in the first quarter due to the pandemic, with soda water witnessing the least decline among all categories.

"We have estimated that there would be an explosive consumption in the post-epidemic era, so we did not reduce our investment in China during the outbreak," she said. The company will continue to promote products that are low in sugar and calories, and will reduce 20 percent sugar per 100ml of products by 2025.

"China's beverage market is diversified with a wide range of products. Tea is a relatively large market in China, accounting for about 14 percent to 15 percent of the market share, while soda water was 13 percent. We will strive for a dominant position or a front ranking in soda water, tea, coffee, energy drinks and other categories in the future," So said.

According to research firm Mintel, the soft drinks or nonalcoholic drinks market has witnessed a growth rate of 7.6 percent in the last two years.

The ongoing demand for premium quality and healthy, functional soft drinks is a key driver behind the growth, said Xu Wenxin, a food and drinks analyst at research firm Mintel.

"Other factors, such as added nutrients, freshness from upgraded processing techniques and beauty enhancements, could be critical for brands and companies to stay competitive, as products with only one premium cue struggle to satisfy consumers," said Xu.