Switzerland's economy shrank 2.6 percent during the first three months of the year compared to the previous quarter, as the coronavirus crisis took a heavy toll, official statistics showed Wednesday. 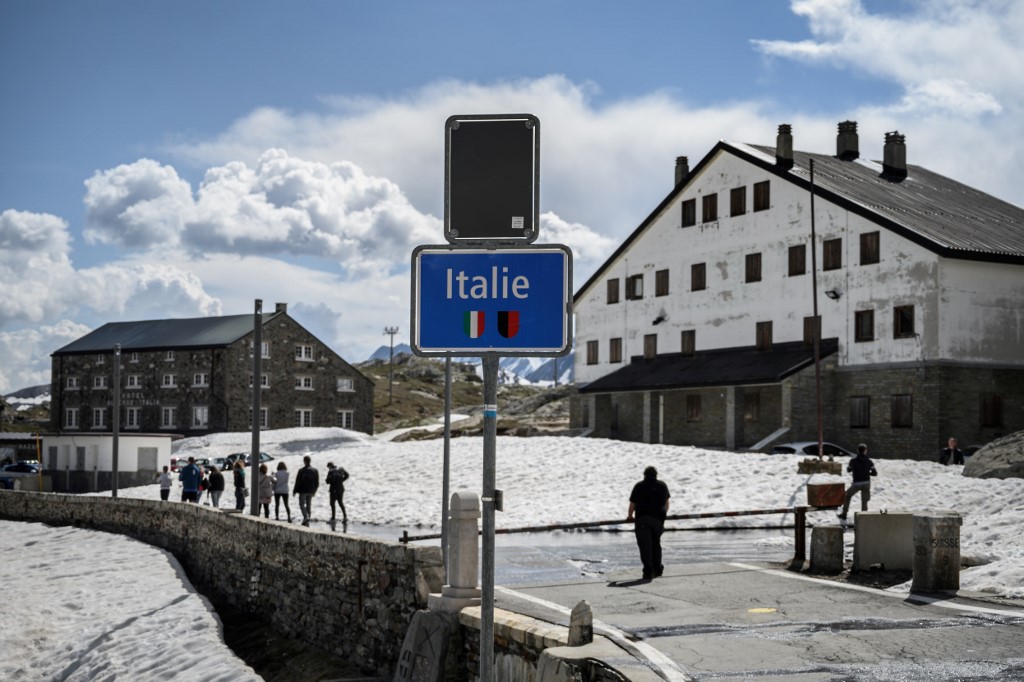 Switzerland, which had registered a 0.3-percent rise in its gross domestic product during the final quarter of 2019, saw the pandemic and the measures taken to halt the spread of the virus severely restrict economic activity, the economic affairs ministry (SECO) said in a statement.

The international economic slump also slowed exports in the wealthy Alpine nation, it said, adding though that exports had swung back into positive territory, saved by the country's large pharmaceutical sector.

The overall decline was meanwhile steeper than expected, with analysts polled by the AWP financial news wire anticipating a drop of between 1.2 and 2.5 percent.

And year-on-year, the Swiss economy contracted 1.3 percent compared to the first quarter of 2019, SECO said.

The Swiss service sector was particularly affected by business closures and restrictions, it found, pointing for instance to a 23.4-percent drop in accommodation and food services.

SECO pointed out that this sector had been struggling with falling numbers of foreign guests especially from early March, even before the most dramatic measures were introduced to halt the spread of the virus.

And as stores, restaurants and all leisure activities closed in mid-March, private consumption overall slumped 3.5 percent compared to the previous quarter, the data showed.

The sharp slowdown in the global economy penalised Switzerland's important export sector, including for the country's iconic watchmaking industry.

But at the same time, "the sizeable chemical and pharmaceutical product export category" helped push overall exports of goods, except for non-monetary gold and valuables, up during the quarter by 3.4 percent, SECO said.

Exports of services meanwhile plunged 4.4 percent, while imports of good slumped 1.1 percent, as demand in the country shrank, the data showed.

Switzerland, which to date has registered nearly 1,700 deaths from COVID-19 and nearly 30,800 infections, stopped short of full confinement requirements but introduced dramatic restrictions from mid-March to try to rein in the virus.

With case numbers declining, Switzerland, like many other European countries, has since April 27 been gradually lifting restrictions.

Schools, restaurants, and shops have resumed business, and a third phase in the easing process is due to kick in on June 6 when events with up to 300 people will be permitted, and all leisure and entertainment businesses and tourist attractions will be permitted to reopen.