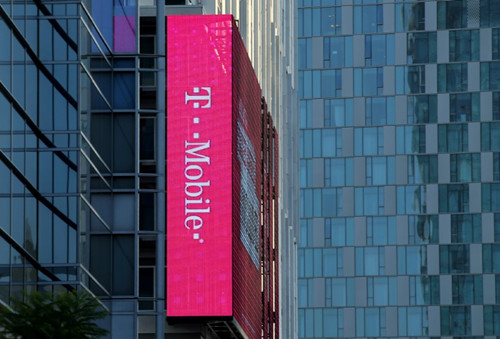 T-Mobile US Inc <TMUS.O> said its board approved the U.S. wireless carrier's first-ever buyback program, a month after the company and rival Sprint Corp <S.N> ended their deal talks.

The buyback of up to $1.5 billion of shares would start from Thursday and take place through Dec. 31, 2018, T-Mobile said.

"Coming off the Sprint deal with significant shareholder rotation happening, we think that we have a tremendous value here," CFO Braxton Carter said at the UBS Global Media and Communications Conference on Wednesday.

Through the buyback, Deutsche Telekom aims to hold its stake broadly steady, within a range of 1-2 percentage points, a source familiar with the matter told Reuters.

The issue of control was one of several deal-breakers in the T-Mobile-Sprint talks and the buyback would strengthen Deutsche Telekom's hand in any future merger talks.

Carter also said the company was focused on smaller, "tuck-in" acquisitions. "We think there's a lot of potential out there," he said. "That would be another use of cash."