BUSINESS Talks on NAFTA autos impasse to be scheduled between rounds: sources

Talks on NAFTA autos impasse to be scheduled between rounds: sources 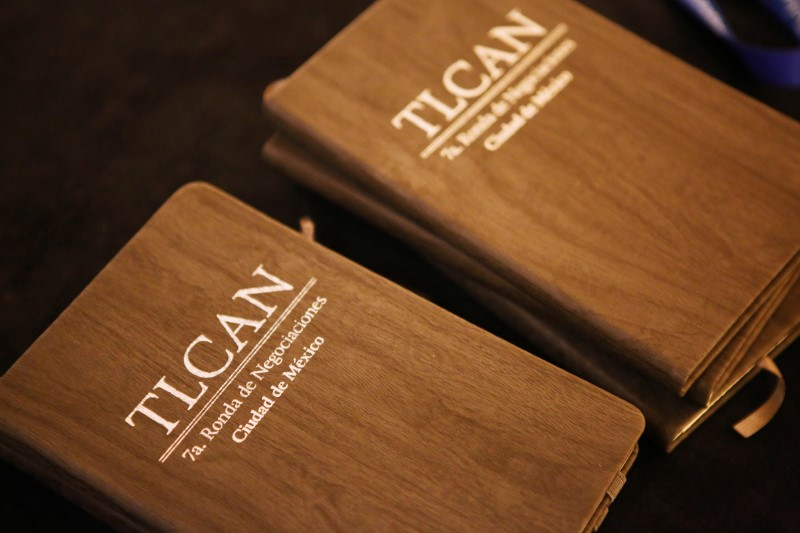 Notebooks promoting the seventh round of NAFTA talks involving the United States, Mexico and Canada are pictured at a hotel, in Mexico City, Mexico February 28, 2018. REUTERS/Ginnette Riquelme

US, Mexico and Canada plan to schedule extra discussions on trade rules for auto production in North America if no progress is made on the issue in the current round of NAFTA negotiations, two people familiar with the matter said.

The proposed talks, at the level of technical subject experts, would take place in March before the next formal NAFTA session, which is due to be held in Washington in late March or early April.

Agreeing on new rules of origin for autos has been a major sticking point in the effort to rework the North American Free Trade Agreement, which US President Donald Trump has threatened to ditch if it is not recast to his liking.

Talks on the issue during the seventh round in Mexico City were suspended this week when the US negotiator overseeing auto rules of origin, Jason Bernstein, unexpectedly returned to Washington for consultations with industry.

Two people familiar with the negotiations said they expected so-called “inter-sessional” talks to be held if Bernstein did not return and no further progress was made. Officials say Bernstein is unlikely to fly back to Mexico City.

The plan would be to arrange the inter-sessional talks as quickly as the three sides can agree on a date, one of the two sources said.

Officials have made little progress on the most contentious files since the talks started last August and the negotiations look set to drag on beyond the end date, which is tentatively scheduled for early April.

Under NAFTA, 62.5 percent of the net cost of a passenger car or light truck must originate in the NAFTA region to avoid tariffs. Trump wants the threshold raised to 85 percent and is also seeking to ensure half the total content is US-made.

The auto industry has opposed Trump’s demands on higher content, arguing it will disrupt supply chains and raise costs. Mexican officials say the issue must largely be resolved between the White House and US-based industry bosses.

Negotiators have struggled to advance on the auto proposal since it was submitted in October, but automakers are evaluating ideas put forward by Canada last month to include newer technology in the calculation of a vehicle’s value.

The current round of negotiations is set to end on Monday, when Mexican Economy Minster Ildefonso Guajardo, US Trade Representative Robert Lighthizer and Canadian Foreign Minister Chrystia Freeland are scheduled to meet in the Mexican capital.

Separately, a private-sector official familiar with the talks said that negotiators from the three sides had now completed talks on good regulatory practices.