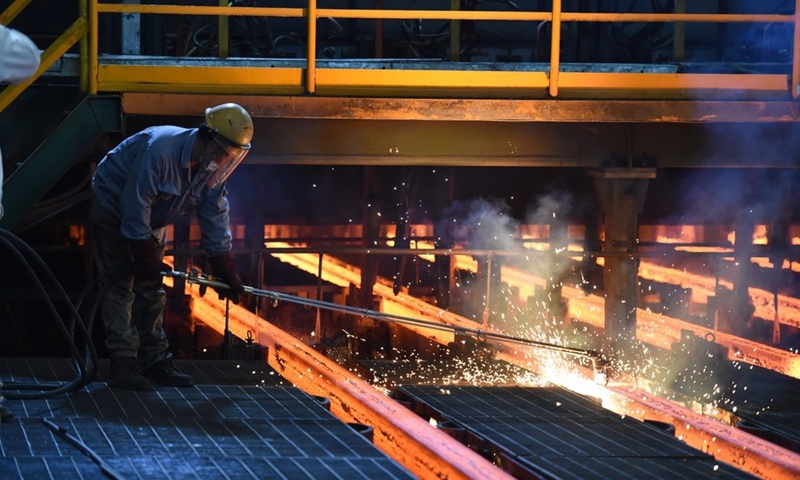 Tangshan, the world’s largest steel-producing city in North China’s Hebei Province, may ease restrictions on steel production after a meeting aiming to adjust emission control requirements and proportion for iron and steel producers was held on Monday, according to media reports.

Iron and steel enterprises that have completed the evaluation of ultra-low emission transformation in Tangshan will be exempted from a certain proportion of emission reduction tasks with an ease on the control of iron and steel production, the Futures Daily reported on Tuesday.

Easing restrictions on iron and steel production in Tangshan at this point aims to rebalance the supply and demand structure which will increase effective supply purposes and stabilize prices amid the rapid rise of bulk commodity prices, the Futures Daily reported, citing analysts, adding that it is also a positive signal to the market from the government, showing regulators will implement proper measures to control bulk commodity prices according to markets and industries. Prices are expected to eventually return to a normal market rate, sustained by the supply and demand.

Tangshan has implemented total volume controls on a pilot basis in the steel industry and gradually extended those controls to coking, cement, power and the foundry industry in March, aiming to reduce emissions, including carbon emissions, by more than 40 percent from 2020 levels.