Tariffs to hurt US wind industry 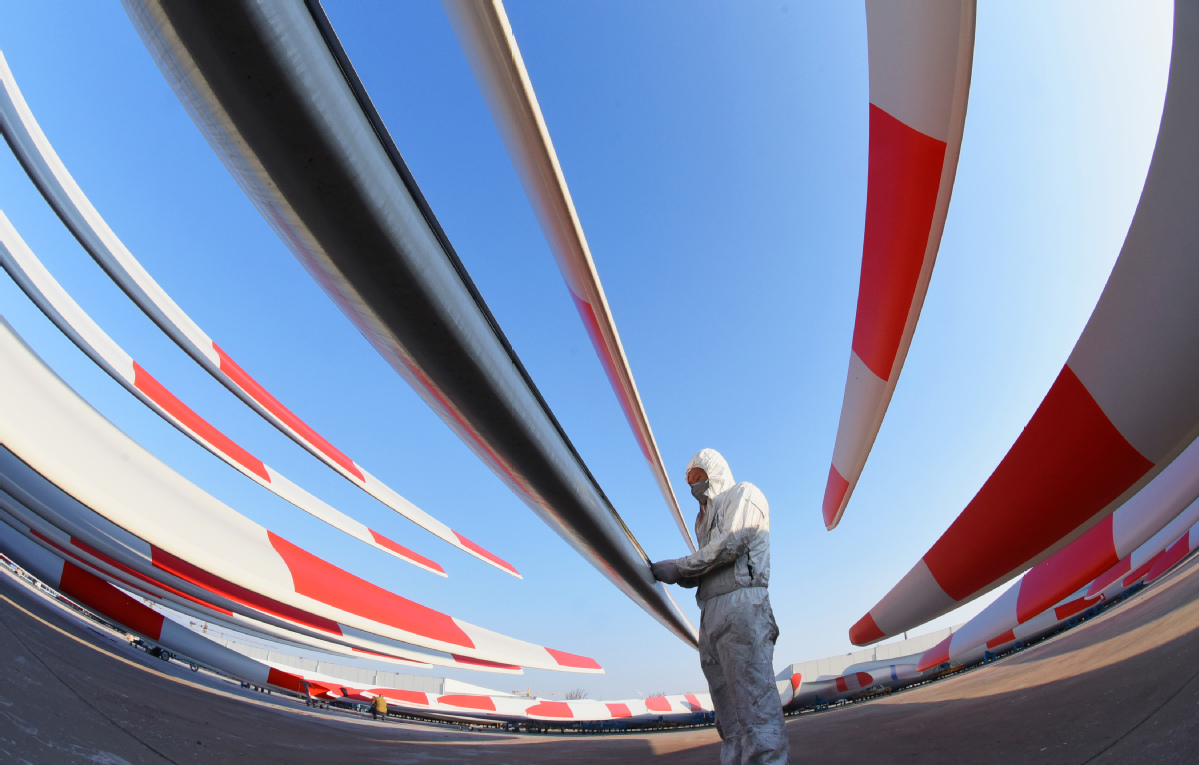 A worker at the Lianyungang Economic and Technological Development Area in Jiangsu province examines a batch of wind turbine blades before delivery. (Photo: China Daily)

The US tariffs on wind turbine related products made in China will have a harmful effect on the US wind industry but limited impact on Chinese wind turbine manufacturers, insiders said.

Tom Kiernan, chief executive officer of the American Wind Energy Association, said earlier that tariffs on Chinese imports could raise the cost of wind power in the US by as much as 10 percent.

The association also said in a statement that tariffs will have a harmful effect on the US wind industry, with canceled projects creating a ripple effect of lost jobs throughout the industry, from factory workers to farmers to truck drivers nationwide.

"These tariffs on Chinese parts and steel and aluminum products overwhelmingly impact US manufacturers, creating millions of dollars in unforeseen costs that could endanger up to a quarter of future US wind projects," it said.

The US decided to increase tariffs on $200 billion worth of Chinese goods from 10 percent to 25 percent as of May 10, which include wind turbine generators, related products and raw materials made in China.

In response, China announced on May 13 that it will raise the rate of additional tariffs imposed on some imported US products from June 1, including a 25 percent tariff on wind turbine products.

Insiders believe China's move to raise tariffs on US-made wind turbines will have a limited effect on domestic wind turbine makers but will raise costs for the US wind power industry.

Hua Pengwei, an analyst with GF Securities, said considering most of the wind turbines in China has already achieved domestication, China's tariffs on US wind turbine products will have a limited effect on domestic wind turbine manufacturers.

While some of the special parts are purchased from abroad, the procurement is done mostly in European countries, he said.

Qin Haiyan, secretary-general of the wind power committee of the Chinese Renewable Energy Society, said that exports of wind turbines from China to the US were a small proportion of exports and, as a result, tariffs would have a limited impact.

According to Jonathan Luan, a Bloomberg New Energy Finance analyst in Beijing, the Chinese turbine manufacturer that has a relatively high exposure, specifically to the permanent magnet items on the tariff list, is Goldwind. But even so, it has only supplied a small number of US projects.

"The higher tariffs scheduled to hit on June 1 should have a limited impact on the wind sector," he said.

"Previous tariffs on generators and their components also did not have a major influence. Relevant imports from China in 2017 amounted to less than 1 percent of the estimated $6.1 billion US wind farm investment that year."

Xinjiang Goldwind Science &Technology Co, China's largest wind turbine manufacturer, told China Daily that it will abide by local laws and regulations to collaborate with local partners around the globe.