China's fiscal revenue, which reported its first growth this year in June, returned to expansionary territory, enabling stronger fiscal support for the economy over the second half, experts said on Friday. 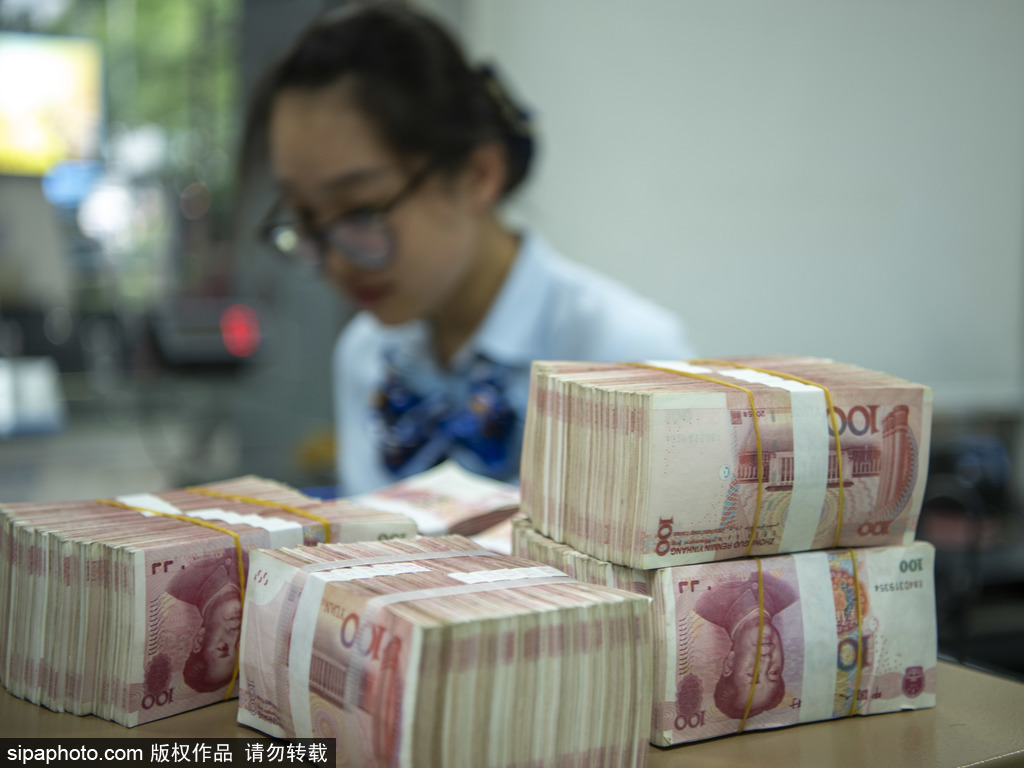 A bank teller counts RMB banknotes at a bank branch in Hai'an of East China’s Jiangsu province, on June 24, 2020. [Photo/Sipa]

The government's general budgeted revenue grew by 3.2 percent year-on-year last month, marking the first expansion this year, thanks to the recovery in business activity and imports, the Ministry of Finance said on Friday.

Fiscal revenue has been in a rally since the second quarter of the year as the economy staged comeback growth from the shutdowns brought by the COVID-19 outbreak, said Liu Jinyun, an official with the ministry.

Over the first half, fiscal revenue contracted by 10.8 percent year-on-year to 9.62 trillion yuan ($1.37 trillion), narrowing from 14.3 percent for the first quarter, according to Liu.

The year-on-year slide in the value-added tax revenue, the biggest contributor to the country's national coffer, narrowed by 19.1 percent for the January-June period, versus 23.6 percent for the first three months as production activities in the industrial sector continued to recover, Liu said.

"The positive growth in fiscal revenue is a reflection of the nation's steady economic recovery as well as the stable operation of market entities," said Yang Weiyong, an associate professor of economics at the University of International Business and Economics in Beijing.

With the economy continuing to recover in the second half, fiscal revenue is expected to further rise and increase funds available for the government to support the economy, Yang said.

The country reported a 1.6 percent year-on-year contraction in GDP for the first half of the year on Thursday, recovering from the 6.8 percent plunge for the first quarter, while analysts expect China's economic growth to come in at about 2 to 3 percent for the whole year.

The country's fiscal spending in the first six months fell by 5.8 percent from a year earlier to 11.64 trillion yuan, slower than the drop in revenue, according to the ministry.

Looking into the second half, Luo said the country is expected to accelerate fiscal spending and shore up domestic demand, with the recovery in fiscal revenue and money raised by government bonds providing more funds.

China has decided to issue 1 trillion yuan in special treasuries for COVID-19 control efforts this year. As of Thursday, a total of 720 billion yuan of the bonds had been issued, with the rest to be issued by the end of this month, the ministry said.

The country has also stepped up the issuance of the projected 3.75 trillion yuan worth of special local government bonds, which are mainly to fund infrastructure investment. A total of 2.24 trillion yuan worth of the bonds were issued as of Tuesday, with 85 percent of the money raised already be spent, the ministry said.

"The Chinese economy still faces the risk that the global spread of COVID-19 may hit external demand, threatening employment and the survival of small and medium-sized enterprises. Extending supports to these areas will be the focus of fiscal policy in the coming months," Luo said.

Nonetheless, analysts said it is unlikely that China will elevate the quota of special treasuries, given the need to prevent excessive stimulus from causing risk.

"To prevent the distortion in resource allocation, it is more advisable for China to further the tax and fee cut measures than issue more bonds to fund government-led investment," Yang said.