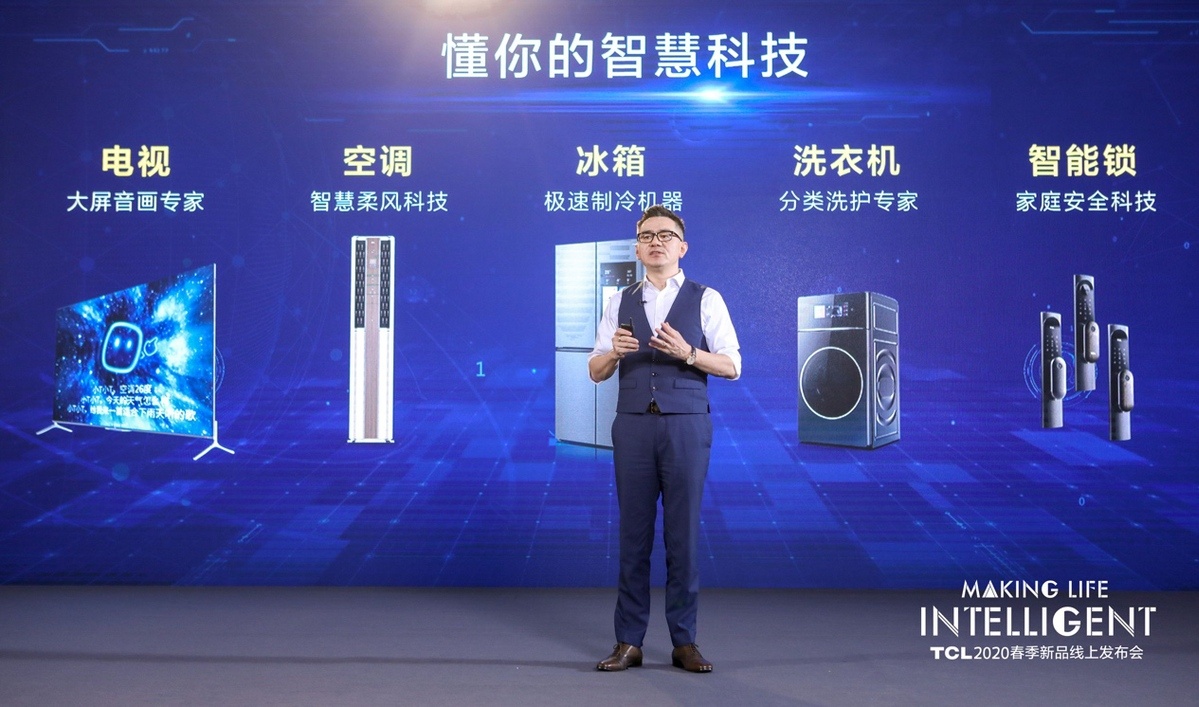 Chinese consumer electronics giant TCL is ramping up efforts in cutting-edge technologies, including artificial intelligence and internet of things, in a bid to make all intelligent home appliance products interconnected and satisfy personalized and diversified demands from consumers.

Wang noted the cumulative sales of its televisions reached 32 million units in 2019, an increase of 12 percent year-on-year, ranking in second place around the world. Moreover, TCL is expanding its presence in overseas markets such as North America, India, Southeast Asia and South America.

TCL has beefed up its investments in display panels and technological innovation. The company unveiled for the first time a next-generation display technology called Mini-LED during the CES 2020, which delivers exceptional contrast and powerfully brilliant luminance.

It also set up a Honghu laboratory last year, which consists of more than 600 R&D employees from four technological centers worldwide, and is focused on R&D in AI, IoT and cloud services as well as the innovative application of related products.

Its flexible and foldable screens have achieved mass production, and AI-powered technologies have made breakthroughs in intelligent terminals and manufacturing, as well as commercial display sectors, which will become a new growth point for the company.

With the ongoing consumption upgrade in China, consumers are showing a preference for high-quality, intelligent and personalized products. Intelligent home appliances are poised to enter a period of rapid expansion.

"AI technology has been a driving force to propel the growth of the smart home appliance industry," said Liang Zhenpeng, an independent consumer electronics analyst.