BUSINESS TCM used in COVID-19 treatment to ramp up production

TCM used in COVID-19 treatment to ramp up production 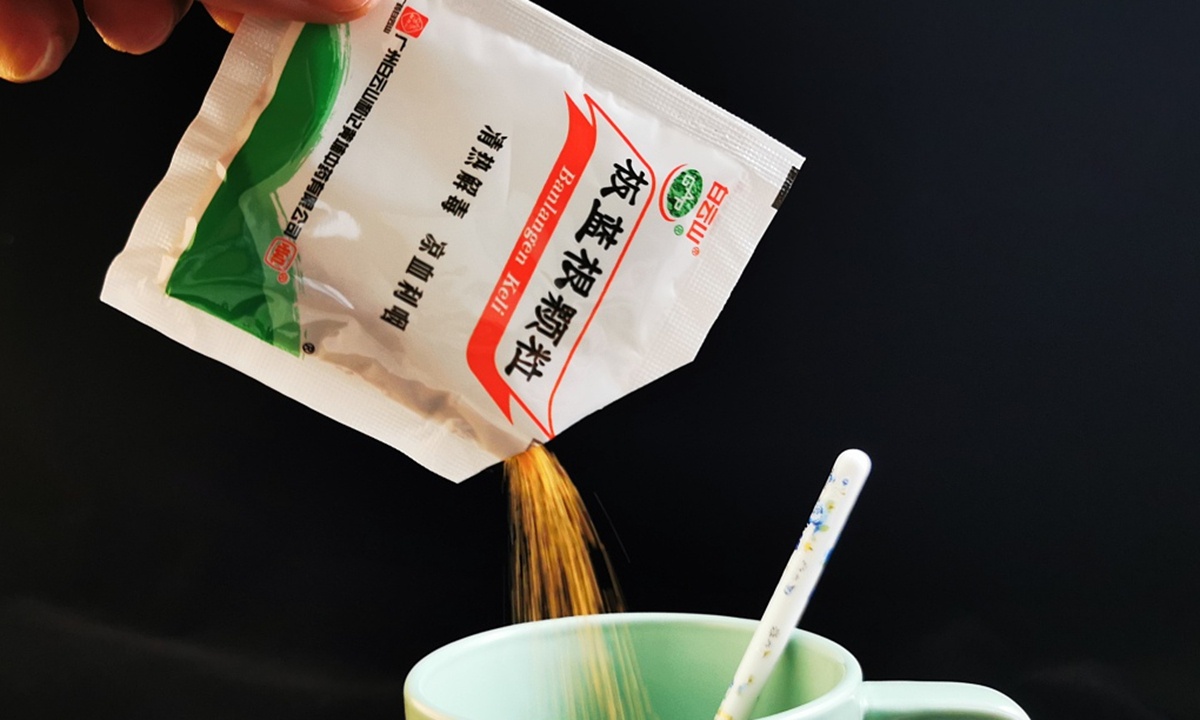 Chinese pharmaceutical company Guangzhou Phar Holdings plans to "industrialize" the production of the company's self-developed traditional Chinese medicine (TCM) Banlangen granule, which it says is effective in COVID-19 treatment, marking an important step for the mainland TCM product to reach a wider market amid the global pandemic.

China's top respiratory disease specialist Zhong Nanshan who participated in the industrialization works said at the signing ceremony that Banlangen granule is important and represents a breakthrough in scientific research cooperation between Macao and the mainland. Zhong said that the industrialization can be accelerated.

The industrialization work includes the development and upgrading of the quality and effectiveness of the company's Banlangen products for market use, according to the report.

Banlangen is well-known powdered medicine that is sold in individual packet and made into a dark, thick tea to relieve symptoms and comfort people suffering from the common cold or seasonal flu.

Zhong said in a recent public event that the research team conducted a series of in vitro studies, and found that Guangzhou Baiyunshan's Banlangen granule was effective against novel coronavirus, according to media reports.

Banlangen products were sold out in many pharmacies in several cities after the recent COVID-19 outbreak in Qingdao, East China's Shandong Province.

However, Banlangen still has a long way to go in overseas promotion.

"Chinese TCM has its market potentials not only in the mainland but elsewhere like Macao where the local population are mostly Chinese, but it is not well recognized in the West as a medicinal drug," Wang Xuegong, deputy director of the China Pharmaceutical Enterprises Association, told the Global Times on Sunday.