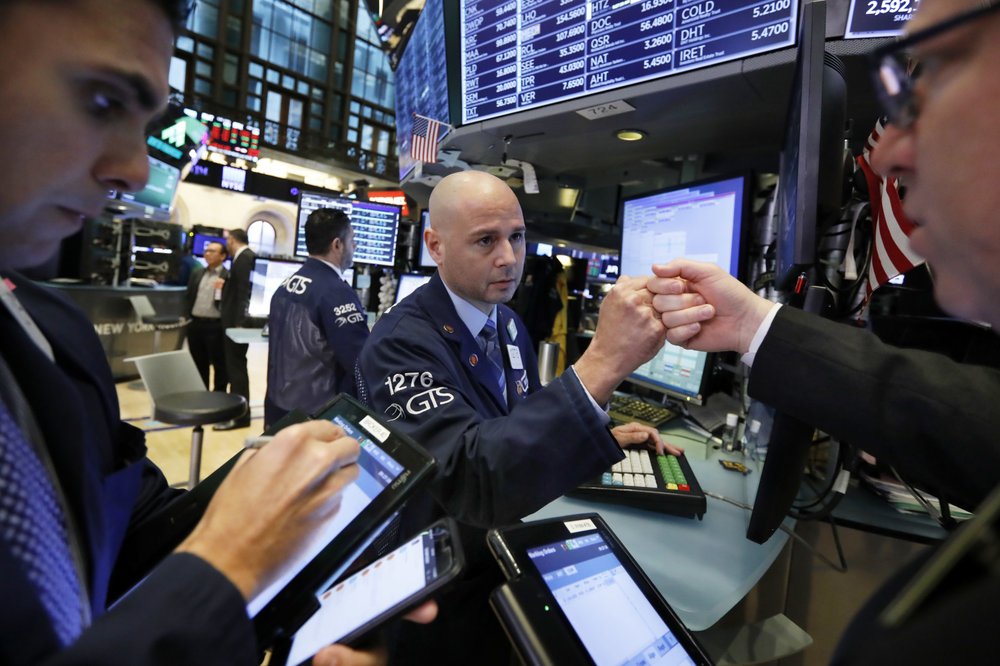 Mario Picone (C) works with traders at his post on the floor of the New York Stock Exchange on November 9, 2018. Photo: AP)

US stocks have turned lower in morning trading, erasing a modest early rally and extending the market’s losses from a day earlier. Technology stocks and banks were taking some of the heaviest losses, outweighing gains in industrial companies and other sectors. Energy stocks gave up an early gain even as crude oil prices, which have fallen sharply in recent weeks on concerns of rising supplies, headed higher.

THE QUOTE: “We’re still sort of contending with the implications of the sell-off from October,” said David Lefkowitz, senior equity strategist at UBS Global Wealth Management. “The market is still somewhat unsettled and somewhat volatile as investors digest that move and reposition for what they think will happen next.”

Oil had fallen for 12 straight days as of Tuesday, driven by worries over rising oil production around the world and weakening demand from developing countries.

SCORCHED: Shares in Pacific Gas & Electric sank 20.3 percent to $26.06, extending the electric utility’s steep slide this week. The company told regulators last week that it experienced a problem on a transmission line in an area of Northern California where a deadly wildfire erupted last week. People who lost homes in the blaze sued PG&E Tuesday, accusing the utility of negligence and blaming it for the fire. PG&E’s slide led a broad sell-off in utilities stocks.

UNDERCOOKED: Blue Apron shares declined 4.1 percent to $1.17 after the meal kit shipping company issued a disappointing fourth-quarter outlook and said it is taking “strategic actions” that included slashing 4 percent of its workforce.