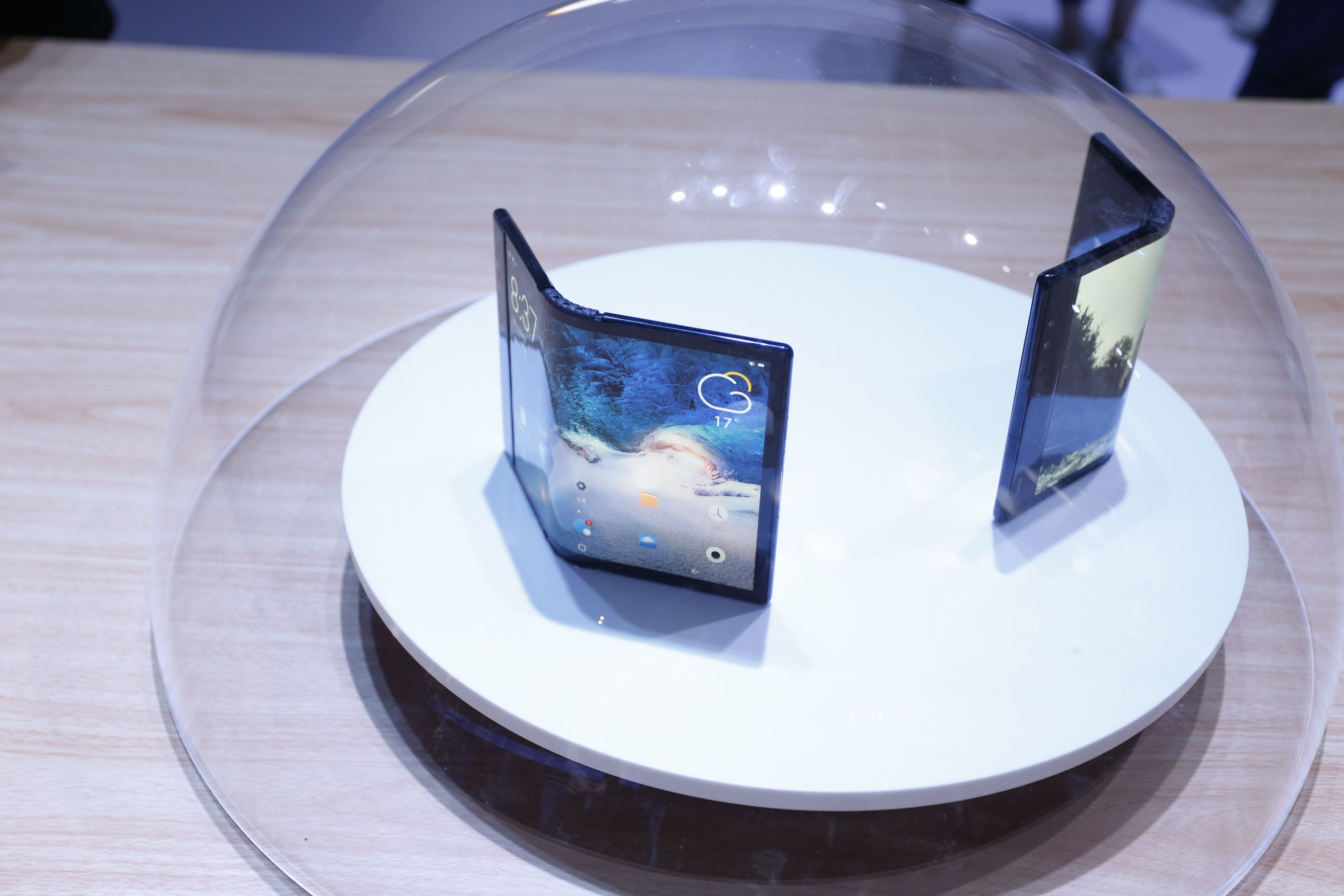 Electronic displays that fold, roll and bend have finally arrived after years of development, and tech firms are touting the technology as a potential source of growth and new applications.

At the Consumer Electronics Show on Monday, South Korean giant LG unveiled its ultra-high definition television that rolls into and out of a base stand and can be furled and unfurled on demand.

"It brings freedom of design to a space, without the limitations of a wall," LG senior vice president of marketing David VanderWaal said while introducing the OLED TV R.

A demonstration showed that the 65-inch (165 centimeter) screen could disappear completely into the base, extend just part way to display photos, act as a control screen for smart devices, or rise completely for full viewing.

LG did not disclose pricing for the roll-up television.

Chinese startup Royole meanwhile showed off what it claimed is the first foldable smartphone, which can fit into a pocket but unfold into a full-sized tablet computer, which is available in China and now is offered in the US for $1,300.

"It's really a combination of a smartphone and tablet."

Royole showed how the same flexible displays could be used for automotive dashboards, wearables, and for various other commercial and industrial uses.

"We see this as the next generation of human-machine interface," Liu said.

"It can change the way we connect to everything."

Royole says its flexible sensor technology can be adapted for a variety of touchscreen applications with improved performance and lower costs than traditional screens.

Royole and LG were among the firms making media presentations ahead of the official opening of the January 8-11 Las Vegas event.

The two announcements could portend a wave of new products from tech firms this year and could offer a spark to a smartphone sector that has seen sluggish growth over the past year.

"Foldable phones is going to be a big trend this year," Greengart said, noting that most of new product announcements of that ilk were likely to be saved for the upcoming Mobile World Congress in Barcelona.

Samsung is widely believed to launch a folding handset sometime this year, possibly at the Barcelona event.

Greengart said he expected the challenge to folding smartphones to be on the software side, not with the displays, since applications will have to be designed to adapt to going from phone to tablet screen sizes.